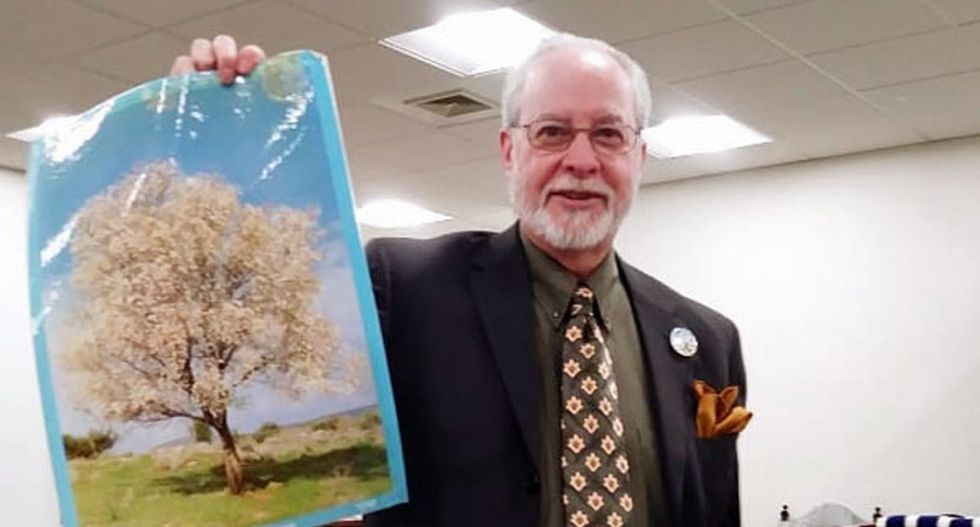 On July 19, 2018 posted on the congregation's website under the headline, "We Deserve Better."

"I recall seeing a post not long ago that rather accurately describes the life cycle of news, and I paraphrase to the best of my recollection: Tragic event – Thoughts and Prayers – Call to Action by our Elected Leaders – Hang Wringing – Next News Event," he wrote.

"Despite continuous calls for sensible gun control and mental health care, our elected leaders in Washington knew that it would fade away in time," he continued. "Unless there is a dramatic turnaround in the mid-term elections, I fear that that the status quo will remain unchanged, and school shootings will resume."

"I shouldn’t have to include in my daily morning prayers that God should watch over my wife and daughter, both teachers, and keep them safe. Where are our leaders?" he asked.

"Soon enough those who are up for re-election will be on the campaign trail, seeking your dollars and your support. Will you ask them the hard questions, and tell them that you will hold them to their words, or that they should seek a different sort of employment? Will the new freshmen class of Congress learn to just yes us continually until the roar fades to a whimper, which is apparently rule #2 in the Congressional handbook?" he asked.

"We deserve better," he concluded.