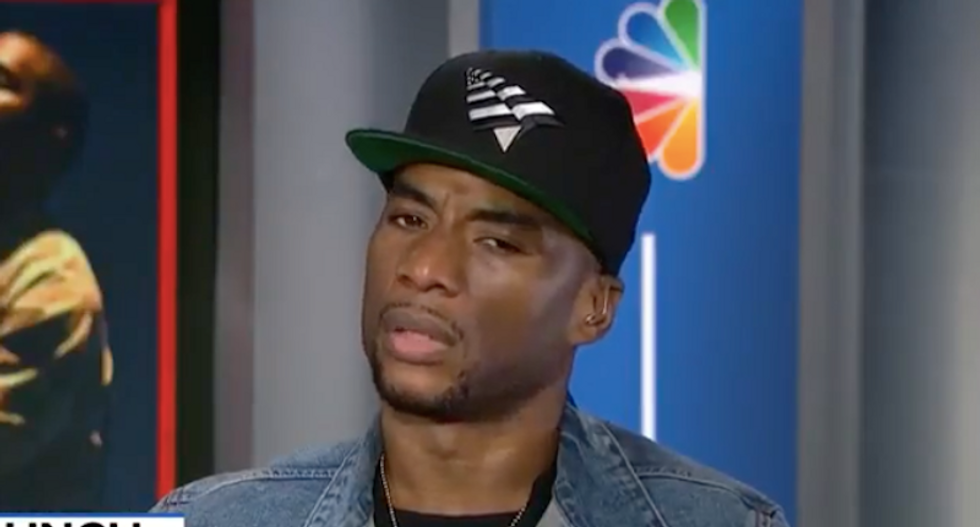 On Thursday rap mogul Kanye West is slated to meet with President Donald Trump. The two men will discuss a range of issues, from prison reform to violence in Chicago.

Ahead of the visit, the president boasted that West's high profile support has earned him a substantial number of fans in the black community.

"Black people are not a monolith," he bluntly pointed out.

"Kanye represents Kanye," he added, noting that the rapper is not a stand-in for all black people in America.

"I'm black and I don't support President Donald Trump in any way, shape or form," he continued. He further added that West's support of Donald Trump has more to do with his own ego than with policy. After all, if a reality TV star can be president, then why not a rapper like West?

Asked by MSNBC host Craig Melvin if West could be president, Charlamagne tha God said he saw no reason why not, given that America has clearly devolved into an "idiocracy."