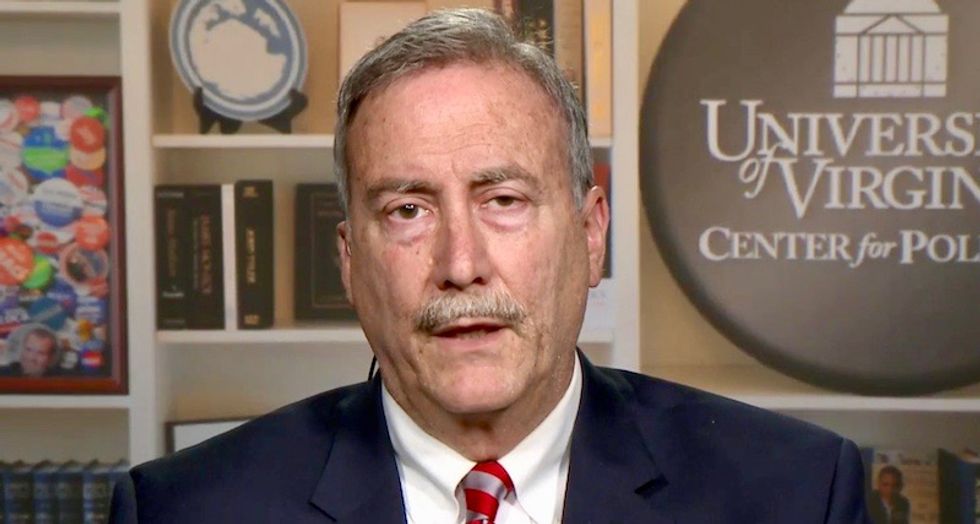 University of Virginia political scientist Larry Sabato is famous for his "crystal ball" predictions of American elections. Although he got 2016 wrong, Sabato has historically been one of the most accurate predictors of election results.

On Tuesday night, MSNBC's Chuck Todd asked Sabato for his thoughts on the midterms.

Sabato said that right now it looks like Trump is mostly focusing on his own 2020 re-election bid by going to places that matter to him, and that his bluster about a "red wave" is hollow.

"His re-election campaign is running flat-out and I think they know that even if Republicans hold the Senate given the very pro-Republican map that exists, President Trump is in trouble in some of these states, he's fallen considerably," Sabato said.

The Midwest seems to be flipping, Sabato said, and the "Big 10 states" (referring to the college sports conference) that went for Obama and then Trump are now going blue. Part of that may be that these people are "nice," and have been turned off by Trump's style.