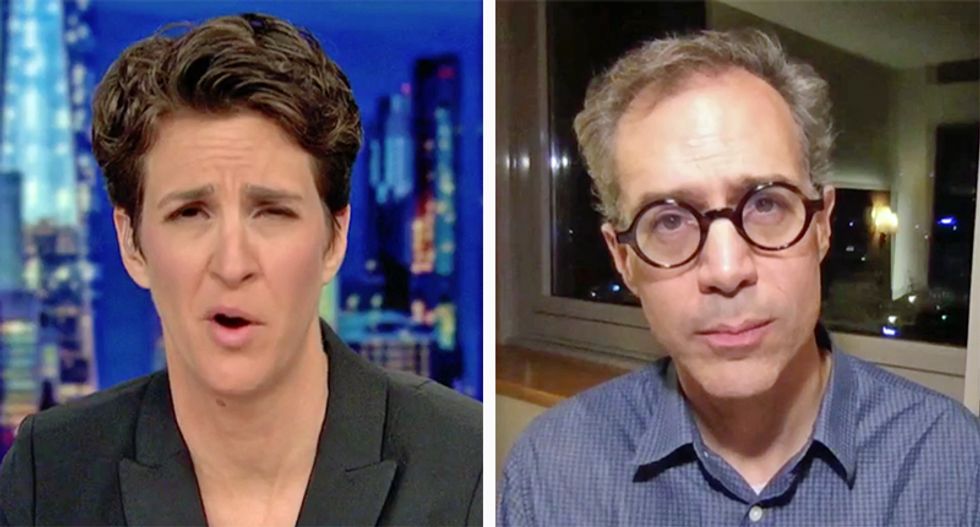 The disturbing reports that Saudi Arabia murdered Washington Post columnist Jamal Khashoggi inside their consulate in Turkey took a gruesome turn on Thursday evening, upon reports that the Saudi's recorded a proof-of-death tape documenting the killing and dismembering of the body.

David Kirkpatrick, an international correspondent for the The New York Times based in Turkey, joined MSNBC's Rachel Maddow to provide his reporting on the scandal.

"I heard about the video evidence for the first time on Saturday, it was described to me as a video made by the Saudi assassins as proof that the job was done for Riyadh," he reported. "And I heard about it from a second source tonight, briefed by Turkish officials."

"What The Washington Post has added, is that American officials are now also aware of that evidence," he noted.

Maddow wondered if the evidence would be made public.

"In this case, though, I think -- also from what I'm told -- the video is not for the squeamish," he reported.

"The Turks have described a scenario where a number of Saudi agents -- including a forensics expert -- arrive with the intent to kill Mr. Khashoggi, killed him within two hours of entering the consulate, dismembered him, and did so with a bone saw they brought for that purpose," Kirkpatrick explained.

"So it's quite a brutal affair," he added. "So the public relations battle is turning tonight."