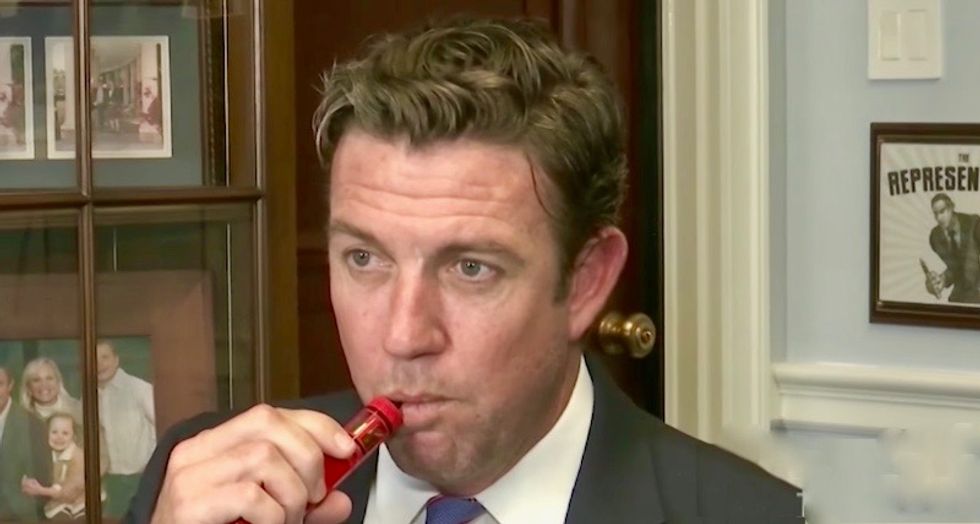 Rep. Duncan Hunter (R-CA) is facing a new round of election fraud charges over filing forms that claimed he didn't know where members of his own extended family work, reports the San Diego Union-Tribune.

The Federal Elections Commission requires political campaigns to document a donor's employer and occupation. However, Hunter's campaign claims it "did not know — and was unable to find out" that information for more than a dozen people, including Hunter's own uncle, James H. Hunter of Idaho.

Although it's not directly related to the wide-ranging charges Hunter is facing for illegally spending campaign funds, it does go to how Hunter got the money and documented his possible conflicts of interest.

The U-T already found possible conflicts. On March 28, 2016, six top-level executives for a San Diego defense contractor gave Hunter a combined $3,250. The very next day, the company announced that it got a $2.3 million contract from the U.S. Army for virtual reality software.