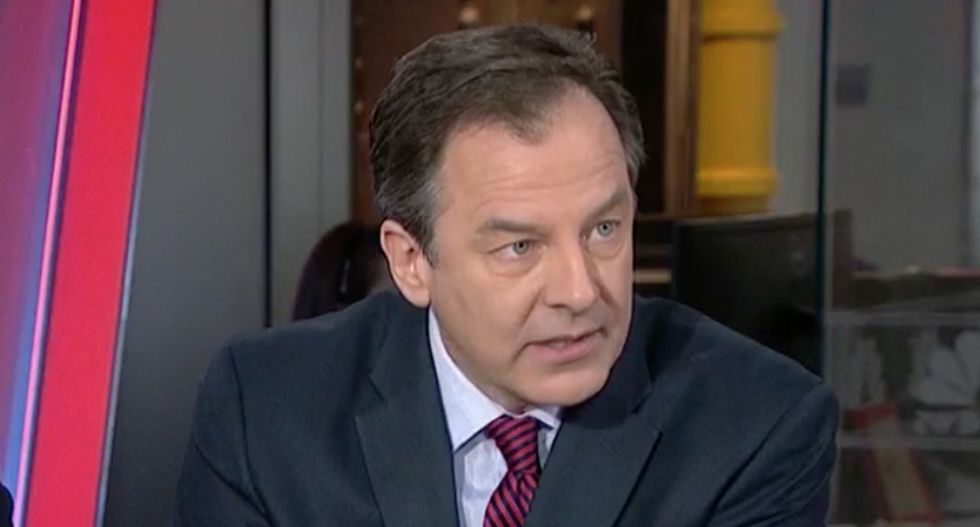 In a Monday appearance on MSNBC, Republican strategist Rick Tyler practically begged Americans to exercise their right to vote, saying that President Trump "has failed the test of leadership" in the wake of last week's mail bomb attacks and synagogue massacre, and needs to be punished at the polls.

Tyler said that the president is tearing the country apart with his polarizing language that demonizes his opposition.

"It's important to understand that a constitutional republic cannot exist where people are divided. It is purely designed for compromise," he said, adding that the only ones who can rein in Trump are American voters.

Tyler said that Trump's performance after one domestic terrorist targeted Democrats with mail bombs and another murdered 11 Jewish people at worship disqualified him to lead the nation.

"The president that last week, more than any other week in my mind, declaring himself a nationalist in the same week we had this horrific political violence has failed the test of leadership," Tyler said. "He should be punished for that."

"The only course correction is the American people going to vote in this 2018 and 2020," he added that "But we must correct."