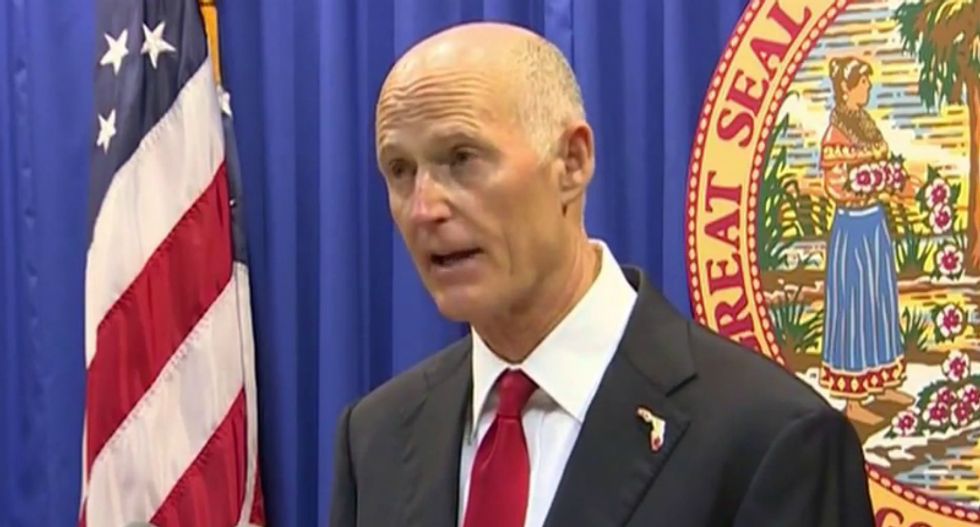 As Floridians prepare to vote on a ballot measure that would restore voting rights to 1.5 million people, a new investigation found that Gov. Rick Scott overwhelmingly restored the rights of white, Republican-voting felons over their black Democratic counterparts.

The Palm Beach Post found that during Scott's nearly eight-year-long tenure, he "restored the voting rights of twice as many whites as blacks and three times as many white men as black men."

Black people, the Post found in its independently-confirmed survey of nearly half the people whose voting rights have been restored, accounted for the lowest percentage of restorations during Scott's governorship than any of Florida's previous governors — regardless of party.

The report also noted that after winning the governor's seat in 2011, the Republican now running for Congress changed the state's voting rights restoration system "to make it the most restrictive since 1976."

Felons used to have their voting rights restored nearly automatically in Florida, but under Scott, people are required to wait five to seven years after their sentence or probation ends before they can apply. Applications are then reviewed individually by an investigator, the report noted — a process that's forced some to wait up to a decade and created a backlog of more than 10,000 applications.

Florida, the Post noted, is one of only three states that requires formerly incarcerated people to apply to have their voting rights restored, with Kentucky and Iowa being the only other two.

Critics have taken note of Scott's assertion that felons are at his "mercy" when it comes to their voting rights. Although his three Cabinet members vote on the restoration process, it is ultimately the governor who signs off.

"During the meetings, the four board members often drill applicants with highly personal questions," the report noted. "One man had to discuss unproven accusations of sex with his teenage cousin. Another man was asked how many mothers gave birth to his six children. Many answer to whether they go to church regularly."

Though formerly incarcerated people are not required to attend the board meetings, many of those who don't have had their applications denied by Scott.

Read the entire report via the Palm Beach Post.