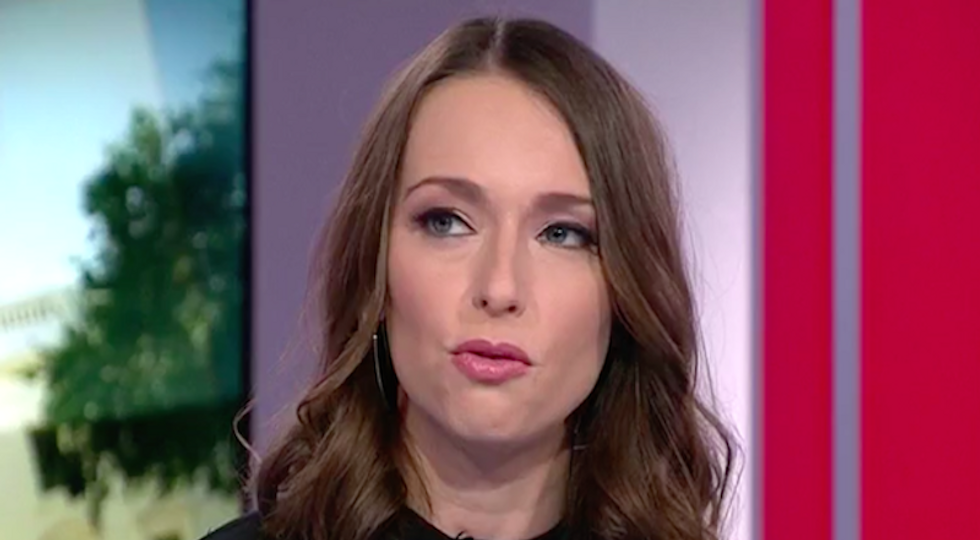 Right-wing websites and pundits are freaking out after a Jewish reporter claimed Donald Trump has "radicalized so many more people than ISIS" — even though she and CNN host Jake Tapper walked back her comments.

"I think this president, one of the things that he really launched his presidential run on is talking about Islamic radicalization," GQ correspondent Julia Ioffe said during a panel discussion about the Pittsburgh synagogue massacre. "And this president has radicalized so many more people than ISIS ever did."

"This might be one of the most ridiculous things ever said" on CNN, GOP representative Steve Guest tweeted, calling Ioffe's comments "sheer lunacy."

This might be one of the most ridiculous things ever said on @CNN. @GQMagazine's @juliaioffe just claimed… https://t.co/fUCTKTrE5R
— Steve Guest (@Steve Guest) 1540845539.0

Soon after, right-wing sites like The Wrap, Tucker Carlson's The Daily Caller and the Washington Times all ran stories about the bombastic comment.

Later in the segment, Ioffe not only noted that she "is a Jewish citizen of this country" who feels "deeply unsafe" given the president's rhetoric and far-right acts of terrorism many believes he inspired — she also walked her ISIS comparison back.

.@jaketapper gives @juliaioffe time to clean up her comments near the end of the #TheLead. Ioffe says her rhetoric… https://t.co/0fvpfvs5Oy
— Steve Guest (@Steve Guest) 1540847368.0

You can watch the segment in which Ioffe made the comment and read right-wing complaints about it below:

Dear @juliaioffe. Since this horrible antisemitic attack, you have done nothing but divide this nation, the Jewis… https://t.co/iZDTArw7Wp
— Reagan Battalion (@Reagan Battalion) 1540846332.0