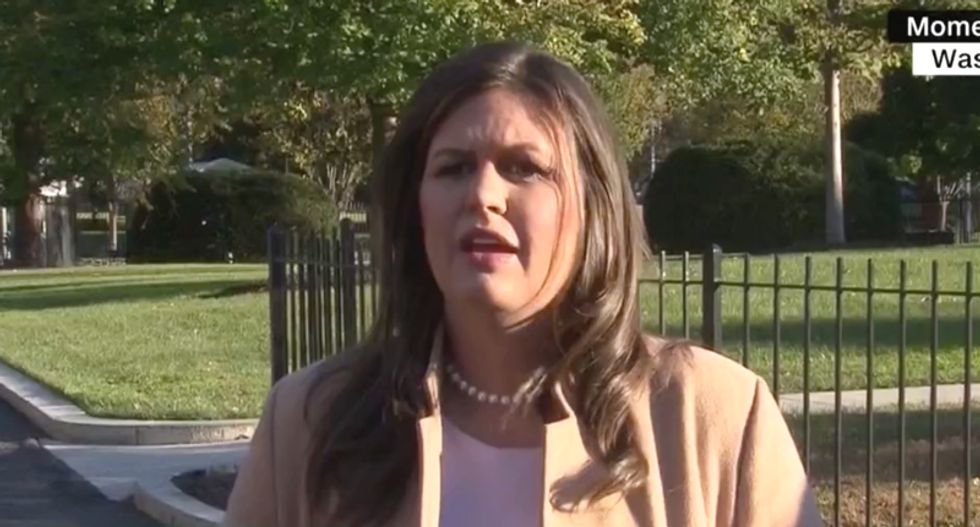 White House Press Secretary Sarah Huckabee Sanders clashed with reporters on Thursday, trying to deflect from President Trump's ongoing attacks on the media and his other perceived enemies as his critics continue to be targeted with mail bombs.

Asked whether the president "bears any responsibility" for the wave of attacks, given his accusations that the media is "the enemy of the people", Sanders claimed falsely that the president has "condemned violence in all forms... since day one". In fact the president has called for protestors to be punched and praised a congressman who was convicted of assaulting a reporter.

Sanders also took issue with questions about the president's use of the word "evil" to describe his critics, saying the media was to blame.

"It's a word people have used on your network a number of times not only to describe the president but many people who work in this administration," she said, trying to turn the tables.

Sanders claimed falsely that CNN immediately leaped to blame the president for the bomb threat that forced the evacuation the network's New York offices.

This was too much for anchors Poppy Harlow and Jim Sciutto, who were shaking their heads angrily.

"What the press secretary of the White House said there is not true," retorted Sciutto. "We reported the news, in fact. And Poppy and I can attest to that because we were on the air live reporting the news as it happened."