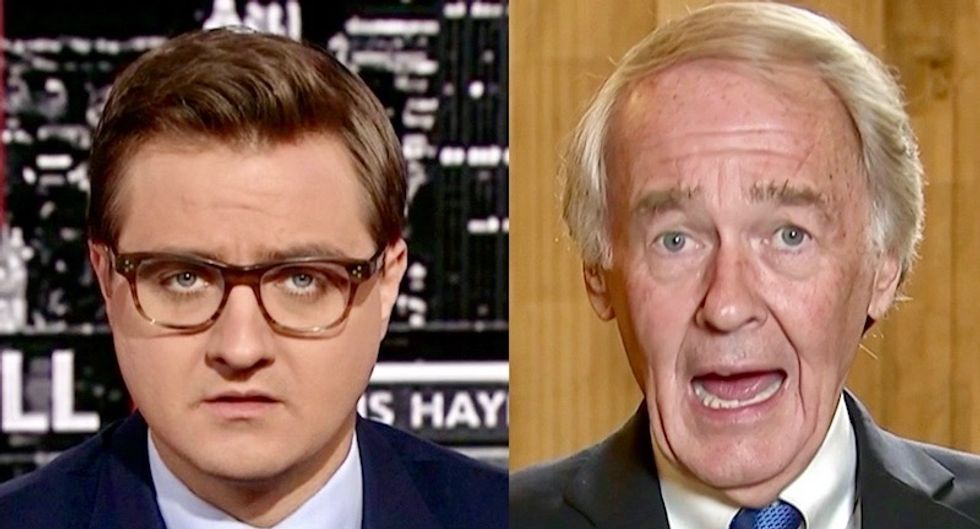 Republicans have new enthusiasm going into the November midterms, with donors like Sheldon Adelson pouring lots of money into the races.

Massachusetts Democrat Senator Ed Markey went on MSNBC Thursday night where he was asked by host Chris Hayes whether Republicans planned to consolidate power if they win.

Markey said there was "no question" they were.

"Everything is on the table in this election," he said. "Which is why they're going back to their biggest donors and asking them to pour tens of millions of dollars more into these races. They're afraid they're going to lose, and if they lose, they lose everything."

Right now, Republicans do whatever they want as a unified government under President Donald Trump. Their only fear is angering voters before this election, he said.

"If they win the president can fire Robert Mueller, Jeff Sessions and Ron Rosenstien and just sweep the entire Russia scandal under the rug," he said. "Everything is on the table for them."