Seth Meyers: The GOP is so old and white that they look like a Viagra commercial 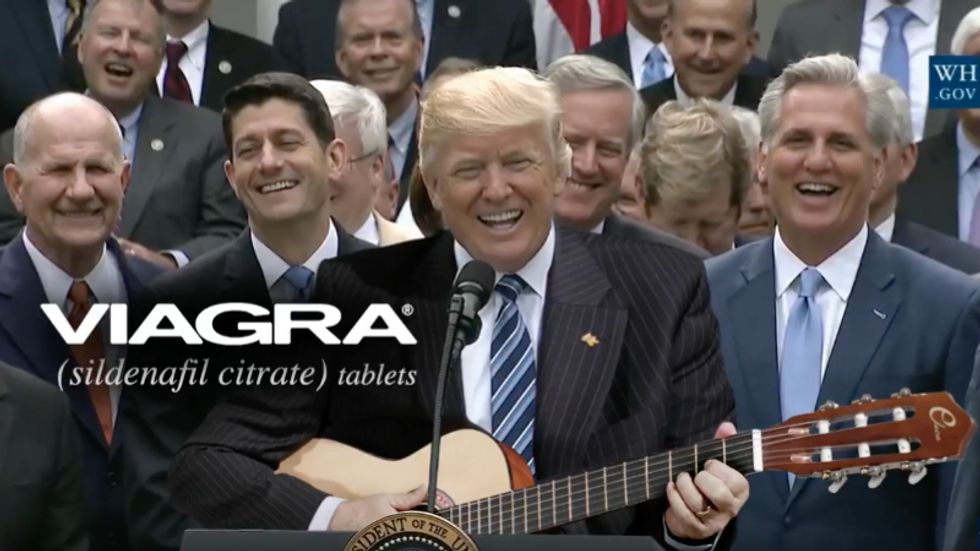 Trump and the GOP [Screengrab from video]

"Dude you just spent 10 years trying to repeal the dam thing. We saw you. You held a party in the Rose Room. Do you remember? It was you and the cast of Cacoon," Meyers joked talking about the GOP members standing next to Trump.

"Look at how many old white men there are. All they needed was a guitar and that press conference could have doubled as a Viagra commercial," Meyers said.