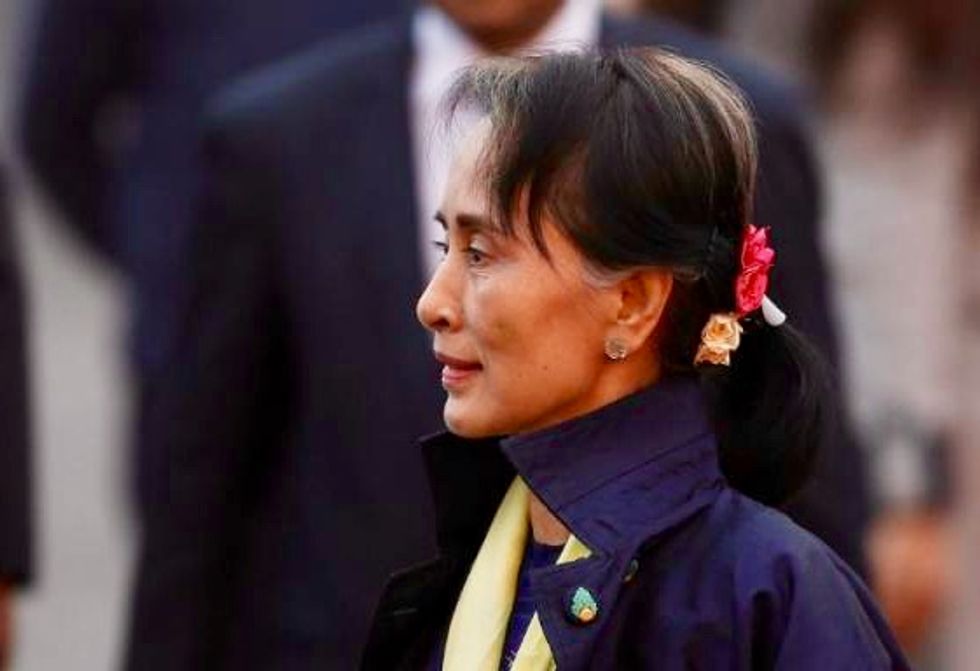 Some of the actions Aung San Suu Kyi has taken as Myanmar’s civilian leader are “regrettable” but her Nobel Peace Prize will not be withdrawn, the head of the Nobel Foundation told Reuters in an interview in Stockholm on Friday.

Lars Heikensten, speaking days before the awarding of this year’s peace prize, said it made no sense to withdraw awards in reaction to things that happened after they were given, as judges would constantly have to discuss laureates’ merits.

U.N. investigators issued a report in August accusing Myanmar’s military of carrying out mass killings of Muslim Rohingya with “genocidal intent” in an operation that drove more than 700,000 refugees across the border to Bangladesh.

Suu Kyi, who won the Nobel Peace Prize in 1991 for campaigning for democracy and now leads the Myanmar government, was accused in the same report of failing to use her “moral authority” to protect civilians.

“We see what she’s been doing in Myanmar has been questioned a lot and we stand for human rights, that’s one of our core values,” Lars Heikensten, the head of the Nobel Foundation, said.

“So of course to the extent that she’s responsible for that, that is very regrettable,” he added.

Government spokesman Zaw Htay did not answer phone calls seeking comment on Monday. He said last month he would no longer speak to the media over the phone, only at a biweekly conference.

Myanmar has rejected the U.N. findings as “one-sided”. It says the military action, which followed militant attacks on security forces in August last year, was a legitimate counterinsurgency operation.

Suu Kyi said last month that in hindsight her government could have handled the situation in Rakhine state better, but did not acknowledge any major crimes.

“We don’t believe it would make sense to try to withdraw prizes ... it would involve us in constant discussions about the merits about what people are doing afterwards, after they have received the prize,” Heikensten said.

“There has always been and there always will be Nobel laureates that are doing things after they’ve been awarded the prize which we do not approve of or which we don’t think are the right things. That we cannot avoid I think,” he added.

The Stockholm-based Nobel Foundation oversees the administration of all the Nobel Prizes, which are awarded by different organizations in Sweden and Norway.

The Norwegian Nobel Committee, which awards the Peace Prize, said in August that its rules did not allow awards to be withdrawn.

The laureate of this year’s Nobel Peace Prize will be announced on Friday in Oslo.

Writing by Gwladys Fouche in Oslo; Editing by Andrew Heavens