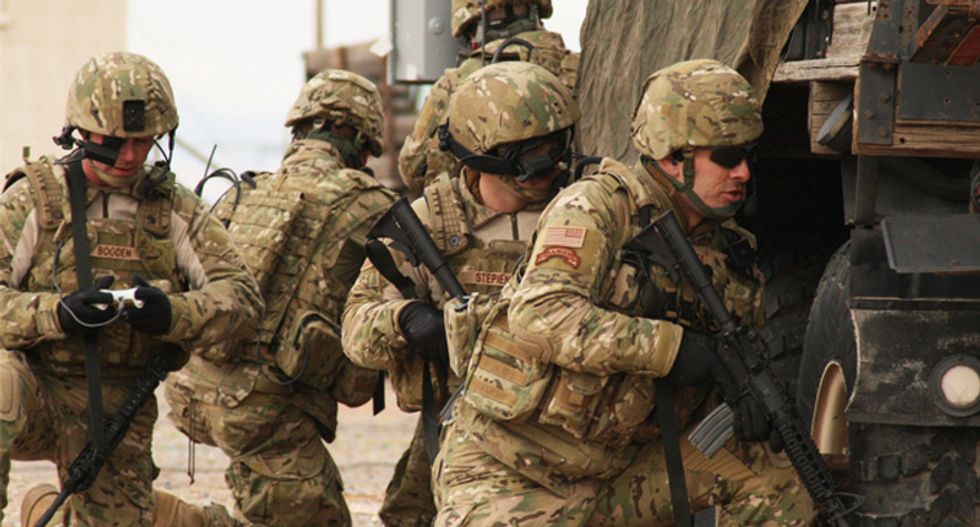 Ask a border lawmaker from Texas how much President Donald Trump’s decision to send the military to the U.S.-Mexico border will cost taxpayers, and the response could be a shrug of the shoulders. Same thing goes if they’re asked how long the deployment will last or if it will disrupt cross-border trade and travel.

A day after federal officials announced that active-duty military will descend on the border to thwart the caravan of Central American asylum-seekers slowly approaching the United States, border lawmakers said they’ve been left in the dark about any further details surrounding the estimated 5,200-troop deployment.

“It’s ridiculous, we’re not getting any actual information,” said a staff member with U.S. Rep. Filemon Vela’s office. Vela represents the Brownsville area of the Rio Grande Valle and has been an outspoken critic of the deployment and other immigration-enforcement initiatives.

The closest thing lawmakers get to a daily update is a teleconference with Department of Homeland Security officials. But some border lawmakers say they were only made aware of those updates from other members’ offices.

And when they do get those updates, the staffer said, they leave a lot of questions unanswered. O'Shaughnessy said Monday that 5,200 troops would be deployed by the end of the week and that there were 800 were on their way to Texas, but an email Tuesday from Homeland Security to lawmakers said the recent activity didn’t warrant a call to inform lawmakers of the latest developments.

“As there are no substantial updates from yesterday’s call, there will not be a migrant caravan update call today,” a Customs and Border Protection official wrote in the email. A call Tuesday afternoon to Homeland Security's legislative affairs office wasn’t returned.

A Customs and Border Protection spokesperson in El Paso on Monday declined to provide additional details, and an agency spokesperson in Laredo on Tuesday provided a link to an archived video of Monday’s news conference from O'Shaughnessy and McAleenan, along with a statement saying the agency had “nothing further to offer at this time beyond the video links and the following written statement regarding current preparations.”

There are few overt signs of activity on the border so far. In the South Texas town of Progreso, Customs and Border Protection have installed a chainlink fence on the international bridge between the town and its Mexican counterpart, Nuevo Progreso, according to news reports.

The ABC affiliate in the Rio Grande Valley reported that a "10-foot cyclone gate," as one passerby described it, had been installed by Monday afternoon on the pedestrian walkway heading from Mexico into the United States.

The Progreso bridge is one of just two over the Rio Grande with a private owner — in this case, Sam Sparks Jr. and the B&P Bridge Company.

A spokesperson for the bridge company referred a request for comment to Customs and Border Protection.

Sandra Cavazos, a spokesperson for the Customs and Border Protection office at the Port of Progreso, declined to comment about the fence's installation, instead referring back to B&P.

"This bridge is kind of special in that its privately owned," Cavazos said. "They can tell you about any kind of infrastructure on their property."