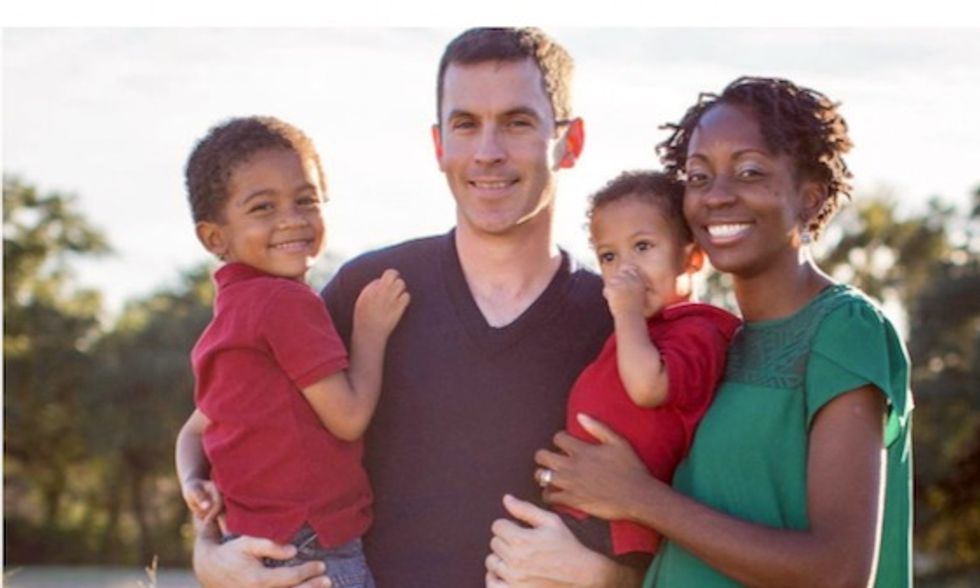 What did Aronowitz do to get arrested?

He delivered a letter from Siegel to a clerk on the county executive's staff. The letter was a proposed solution to the local government's attempts to prevent students from a historically black university, Prairie View A&M University, from voting.

Noting the attempts by the local government to prevent students from Prairie View A&M from voting goes back decades, Marshall notes there was even a Supreme Court case in 1979 over their voting rights. He adds that the students are now facing "a new set of obstacles" imposed by county officials.

The specific issue we are confronting is that students registered at a campus address ON THE ADVICE OF THE COUNTY E… https://t.co/GXRVhcD0q1
— Mike Siegel (@Mike Siegel)1539205016.0

On Wednesday when Aronowitz presented Siegel's letter to the clerk, he took a photo of himself doing so, apparently to prove he had, in fact, delivered the letter. That clerk reportedly got upset and called a bailiff.

Shortly after, Aronowitz walked out of the courthouse and was "surrounded by a court bailiff, a sheriff’s deputy and a city police officer."

At this point Aronowitz called his boss, Mike Siegel, who also happens to be a civil rights attorney. Siegel was on the phone as all this took place, so he could hear what was going on.

Marshall explains that "it seems like ... the law enforcement officers weren’t happy with Aronowitz but weren’t clear what exactly they could charge him with or if they could arrest him. After Aronowitz explained what he was at the courthouse to do and then identified himself, one of the officers asked Aronowitz which party his candidate was with."

Aronowitz told them Siegel was a Democrat. A couple minutes later the phone went dead and Aronowitz was placed under arrest for what he was told was “48 hour investigative detention.”

Siegel tweeted out the arrest and a copy of the letter Aronwitz had delivered:

Just learned that my field director was arrested while delivering our letter. He told police he was working for me… https://t.co/lyOphKZtJH
— Mike Siegel (@Mike Siegel)1539208593.0

Apparently, after Siegel got involved, law enforcement officials released Aronwitz. But he has to appear in court November 7 – the day after Election Day.

Talking Points Memo doesn't mention this much, but Siegel is trying to unseat powerful Republican Rep. Michael T. McCaul, who is the Chairman of the House Committee on Homeland Security. McCaul happens to be one of the wealthiest members of Congress.