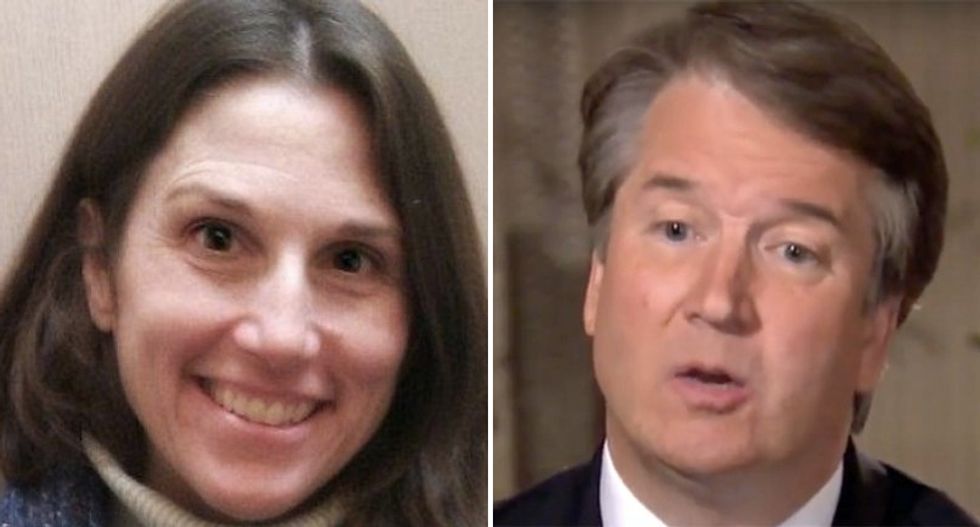 Brett Kavanaugh reportedly sought a photo of him and Deborah Ramirez from a wedding, where she spent the event trying to avoid him.

According to NBC News, the days leading up to the public allegations against Kavanaugh, the judge and his team reached out to former classmates asking for help in refuting claims from one of his accusers.

"Kerry Berchem, who was at Yale with both Kavanaugh and his accuser, Deborah Ramirez, has attempted to get those messages to the FBI for its newly reopened investigation into the matter but says she has yet to be contacted by the bureau," NBC wrote.

The messages are between Berchem and Karen Yarasavage, both of who know Kavanaugh. The texts suggest Kavanaugh was trying to talk to them about her story before the New Yorker article dropped. One message from Yarasavage said Kavanaugh asked her to come out for him publicly.

Kavanaugh specifically asked about the photo and Berchem said that she remembers Ramirez being clingy during the wedding and going out of her way to avoid Kavanaugh. She said she never understood why.

“I understand that President Trump and the U.S. Senate have ordered an FBI investigation into certain allegations of sexual misconduct by the nominee Brett Kavanaugh," Berchem said in a statement. "I have no direct or indirect knowledge about any of the allegations against him. However, I am in receipt of text messages from a mutual friend of both Debbie and mine that raise questions related to the allegations. I have not drawn any conclusions as to what the texts may mean or may not mean but I do believe they merit investigation by the FBI and the Senate."