The View explodes on Trump's Stormy Daniels insult: 'You didn't think she was a horseface when you were sleeping with her' 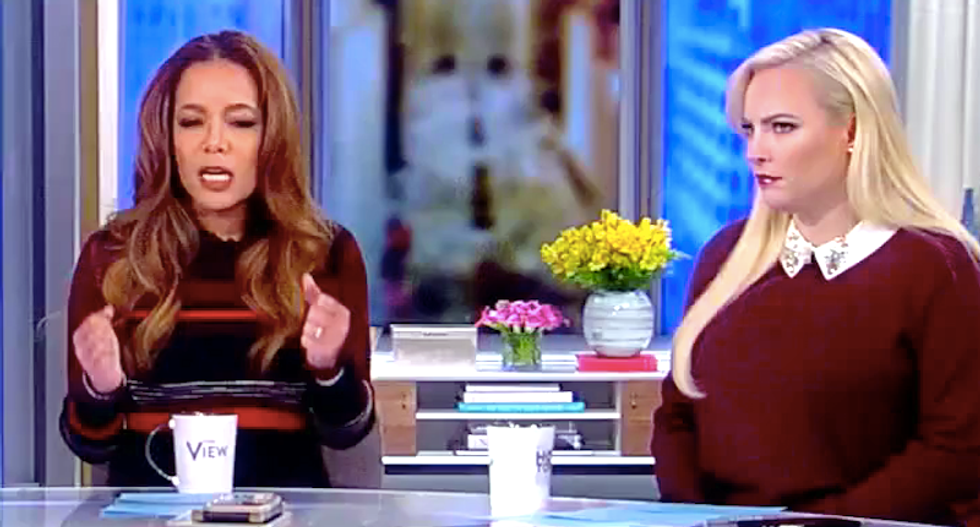 The co-hosts of The View brutally slammed Donald Trump's Tuesday morning attacks on Stormy Daniels, who he referred to as "Horseface" on Twitter.

After Whoopi Goldberg read Trump's tweet, in which he also denied knowing Ms. Daniels, Sunny Hostin chimed in, saying "he didn't think she was a horseface when he was having an affair with her. She looked pretty good."

Meghan McCain added that although she had initially been skeptical of Daniels' story, her appearance on the show had won her over.

"I was very skeptical of her story and I was totally won over by the arguments she was making," McCain said. "She was, like, 'I have sex for money, but I'm not a liar.'"

But she added that whatever one may think of Daniels and her lawyer, Trump's comments were beyond the pale.

"When you are calling a woman 'horseface'," she said, "all arguments you have are now negated."

Joy Behar jumped in and said Trump was probably reacting to Daniels' appearance on the Jimmy Kimmel Show, in which she compared the president's genitals unfavorably to a mushroom.