‘I think I need a shower’: Internet totally grossed out over this ‘creepy’ video of GOP Attorney General 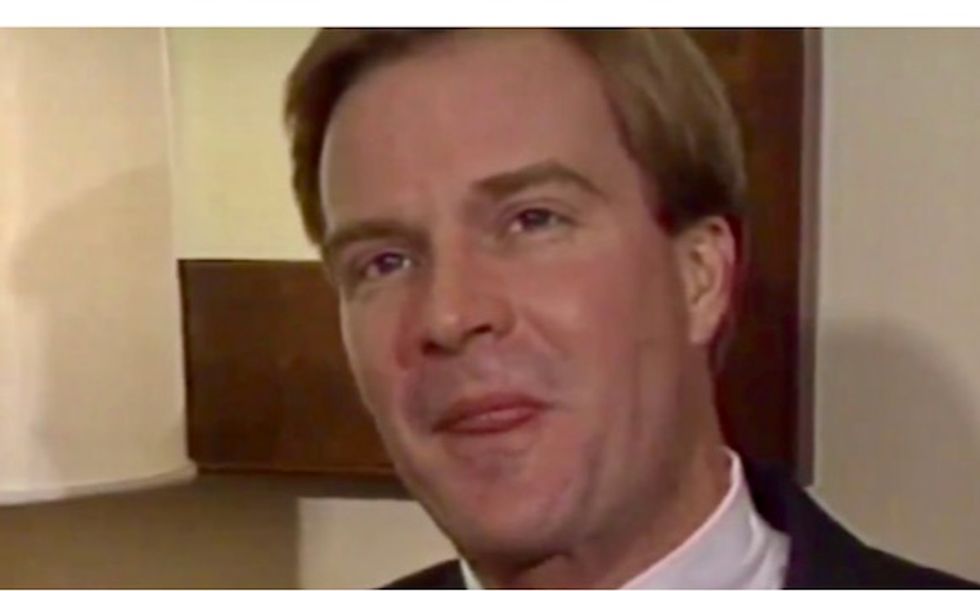 Michigan Attorney General and Republican nominee for Governor Bill Schuette was apparently interviewed in 1989 and footage of him acting not only strange but gross, disgusting, and misogynistic has emerged and it is grossing people out.

No one seems to know the context of the video, presumably it was the minutes before an interview was starting, but it's being called creepy. At the time it was taken Schuette was a sitting Republican U.S. Congressman.

"Prepare to be completely creeped out as Schuette makes downright icky statements to the woman behind the camera. He’s mic’d up with a lavalier and wearing a tie, appears to be sitting down for an interview," Daily Kos writes.

At one point in the clip Schuette tells the reporter or producer, a woman, "I would be happy to move closer to the lamp. I will do anything you want. Some things I may not let you run the camera on."

At this point it's important to note that Schuette's policies and political acts are even more disgusting than this video.

In 2015 Schuette had to be ordered by a federal court to legally recognize marriages of 300 same-sex couples that had been performed in the state, after having claimed they "never existed." He previously had announced their marital rights were "suspended."

And maybe even worse, one year earlier, Attorney General Schuette in a case against same-sex marriage put on the stand a witness who told the court gay people are going to hell.

That said, here's how people are reacting to the 1989 Schuette video:

@American_Bridge @SchuetteOnDuty I wonder if he was this stoned on whatever that was when he authorized charging Ci… https://t.co/c1ZSGts7Le
— Mike Nichols (@Mike Nichols)1539287261.0

UPDATE: GOP NOMINEE CAUGHT IN ‘CREEPY AS HELL’ VIDEO SAYS HE DOESN’T REMEMBER – LABELS IT A ‘POOR ATTEMPT’ AT HUMOR