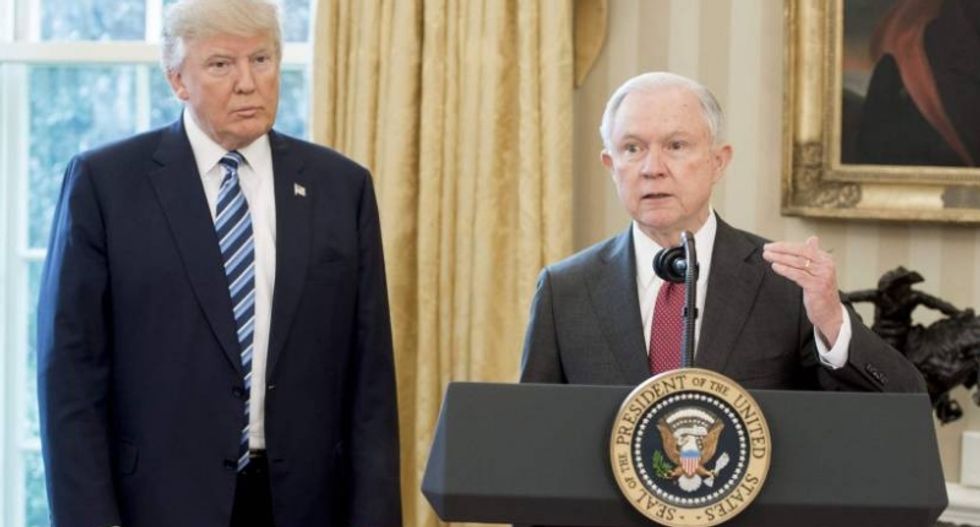 President Donald Trump (left) stands next to Attorney General Jeff Sessions (right) as he spoke following his swearing-in in 2017. Image via AFP-Jiji.

President Donald Trump is reportedly considering replacements for Jeff Sessions, his embattled attorney general — and Sessions believes he's going to be ordered to resign via tweet.

The Wall Street Journal reported Thursday that although Sessions doesn't expect Trump to outright fire him, he has told people that the president may "request" his resignation via Twitter.