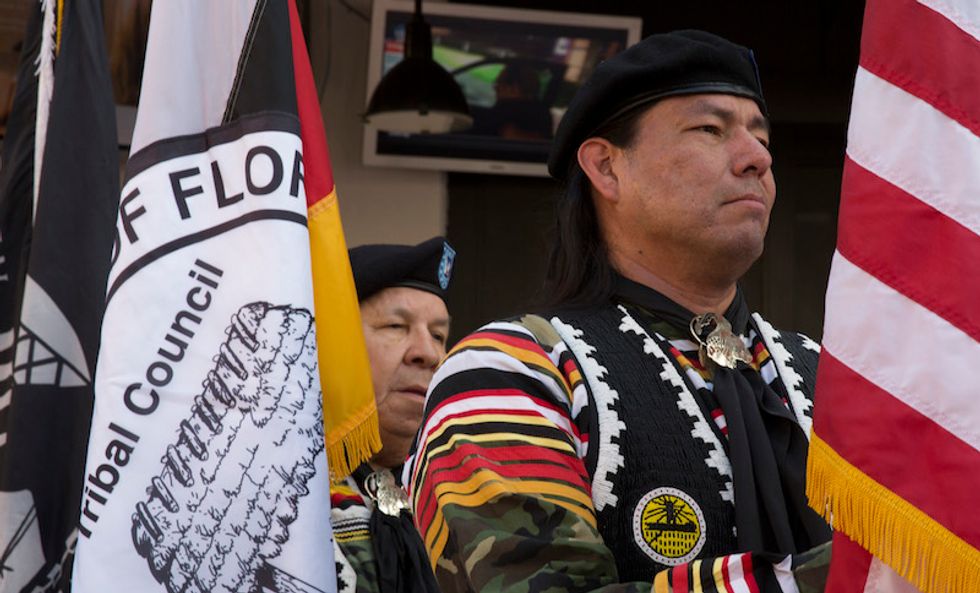 Bombing suspect Cesar Sayoc Jr. regularly claimed to be a member of the Seminole Tribe of Florida — but the tribe denied his claims.

In tweets on his "Cesar Altieri" account, the suspect regularly associated himself with "the Unconquered Seminole Tribe."

In a statement to Politico Florida correspondent Marc Caputo, however, tribal spokesman Gary Bitner said "there’s no record of him being a member of the Tribe."

The tribe acknowledged that it's "difficult" to know for sure whether the suspect was a member because he "has used so many names," but added that he never worked for the tribe as well — another of Sayoc's claims.

Along with claiming to work for the Seminoles, Sayoc also owned or managed a company called Native American Catering.