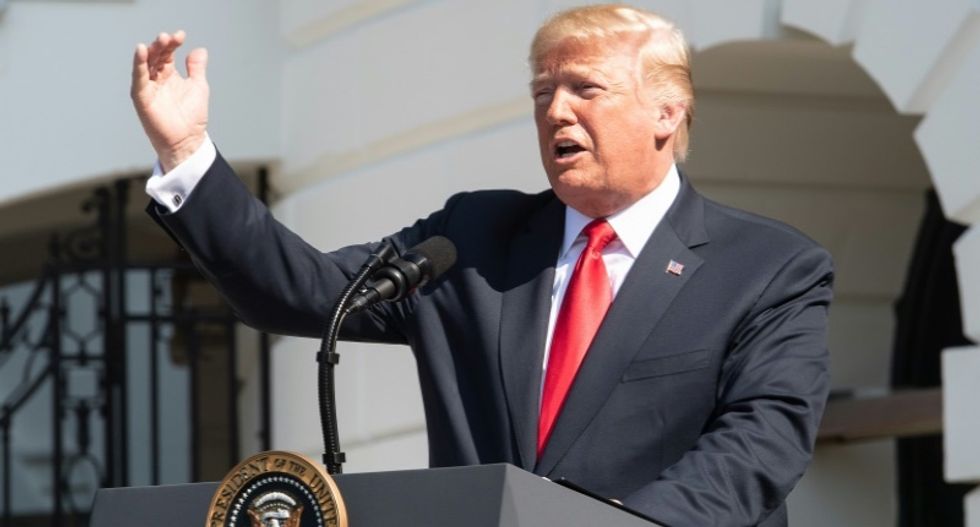 President Donald Trump said the latest US growth figures were evidence that his economic policies are working. (AFP / NICHOLAS KAMM)

U.S. President Donald Trump said on Thursday he saw no reason to block Saudi Arabian investments in the United States despite concern over a missing Saudi journalist, saying the Gulf nation would then just move its money into Russia and China.

Trump, speaking to reporters at the White House, also said the United States was expecting a report soon on the journalist, Jamal Khashoggi, but gave no other details.