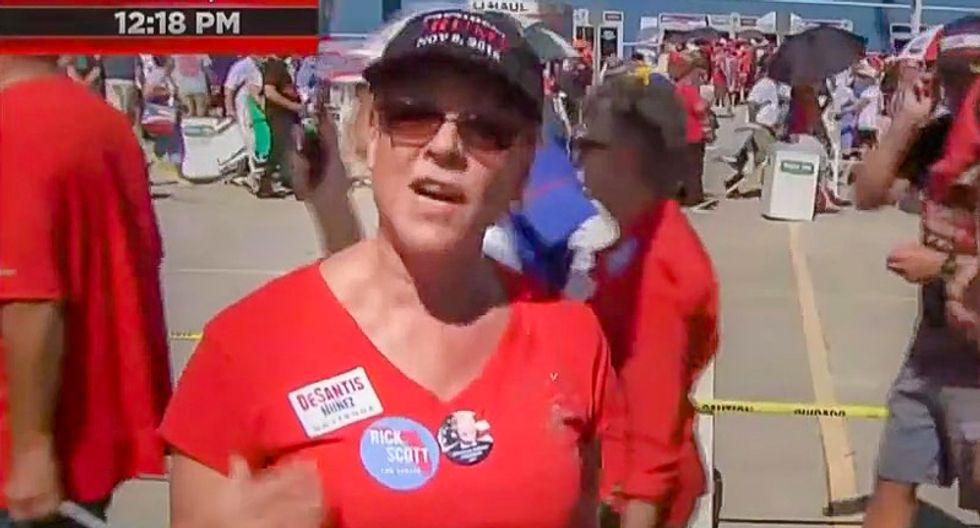 A Republican voter in Florida told MSNBC on Wednesday that she had cast her ballot early to protect her vote from liberal billionaire George Soros, who she suggested controls "all" of the state's voting machines.

The woman, who was identified only as Catherine, made the remarks while speaking to MSNBC's Ali Vitali at a Trump campaign event in Estero, Florida.

"First of all, I'm a Republican and I follow Donald Trump," Catherine explained. "And I believe in all of his values. And I believe in his foresight for the United States of America. And I'm hoping to keep the Republican Party strong so that we can continue on to 2020."

"And also I want to say, I did paper voting because I don't trust George Soros," the woman added, "who has funded all of these voting machines. I believe them to be corrupt. And so I feel more confident with the paper vote, which was already done."

"Of course, that women is misinformed because the fact is that the state machines are all run by Rick Scott, the governor, and some state officials," Mitchell informed her audience. "And George Soros has absolutely nothing to do with it."