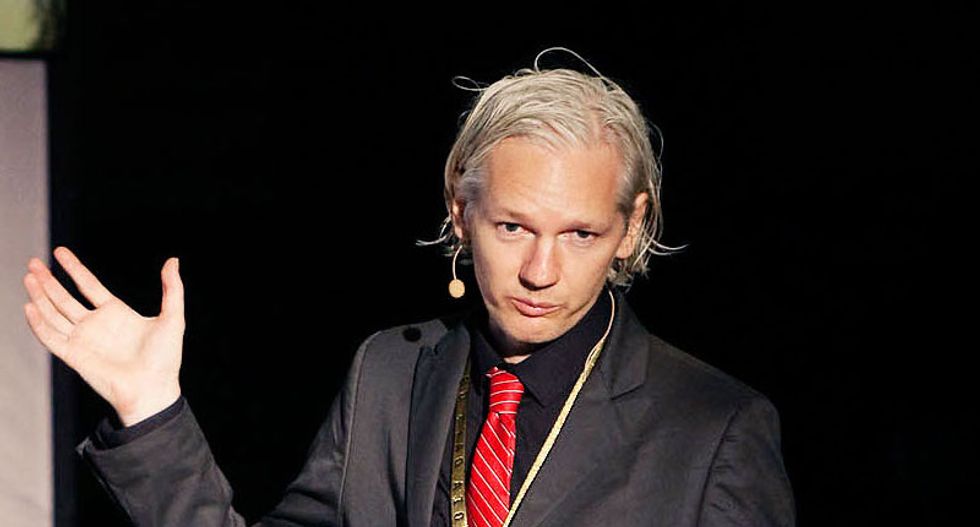 The United Kingdom told Ecuador in August that WikiLeaks founder Julian Assange would not be extradited if he left the country’s London embassy, where he has lived under asylum since 2012, Ecuador’s top government attorney said on Thursday.

In a written response to queries from Ecuador, the UK explained that it had not received any extradition request, and said Assange’s jail time in the UK for violating bail terms by seeking refuge in the embassy would not exceed six months, Iñigo Salvador, who represents the Ecuadorean government in court proceedings, told reporters.

Salvador said Ecuador passed on the UK’s response to Assange’s lawyers, but noted that if Assange stayed in the embassy Ecuador would put new conditions on his stay.

“Mr. Assange had a choice between turning himself in to British authorities with those assurances, or staying in the embassy of Ecuador, but given that the asylum had lasted six years with no signs of immediate resolution we were going to place certain rules,” Salvador said at a news conference.

It was unclear if the UK’s assurances were still valid. Assange’s legal team did not immediately respond to a request for comment. The UK Foreign & Commonwealth Office referred to Foreign Office Minister Alan Duncan’s June statement that Assange would be treated “humanely and properly” if he left the embassy.

Assange took refuge in the embassy after British courts ordered his extradition to Sweden to face questioning in a sexual molestation case. That case has been dropped, but supporters have said that Assange fears he could be extradited to the United States if he leaves the embassy.

The relationship between Assange and Ecuador has grown increasingly tense in the past year. Assange filed a lawsuit in an Ecuadorean court last week claiming the new asylum terms, which require him to pay for medical bills and telephone calls and to clean up after his pet cat, violate his rights.

Ecuador says the rules are consistent with international asylum standards.

Ecuador’s foreign minister, José Valencia, told Reuters earlier this week that he was “frustrated” by Assange’s decision to file suit, and said the South American country would no longer intervene on his behalf in talks with Britain over his situation, a break from previous practice.

On Thursday, Salvador refuted Assange’s claims in the suit that Ecuador prevented him from receiving visitors, denied him counsel and cut off access to communications, noting that he received 62 visits between July and October, including some from his lawyers.

An initial hearing in the case had been scheduled for Thursday, but the presiding judge suspended it after the video conference that was supposed to beam Assange into the courtroom faltered.