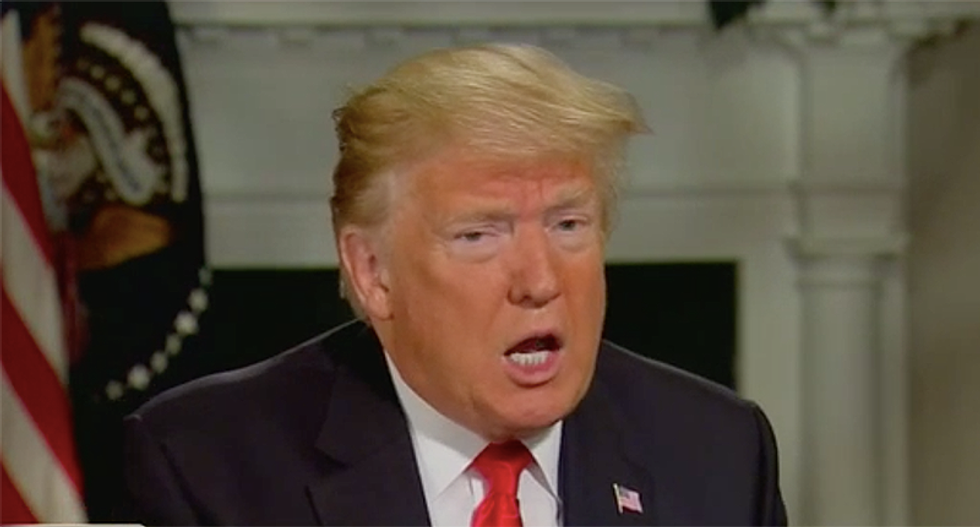 President Donald Trump has just posted a tweet claiming with zero evidence that there are "unknown Middle Easterners" among the migrants from Honduras and other Central American countries making their way toward the U.S. border.

President Donald Trump's fear-mongering tweet just two weeks before the midterms is another example of his fascistic use of racism and ignorance to drum up his base to get them to the polls.

What Trump is actually saying is the strongest nation on earth is afraid of a few thousand poverty-stricken migrants literally running for their lives. 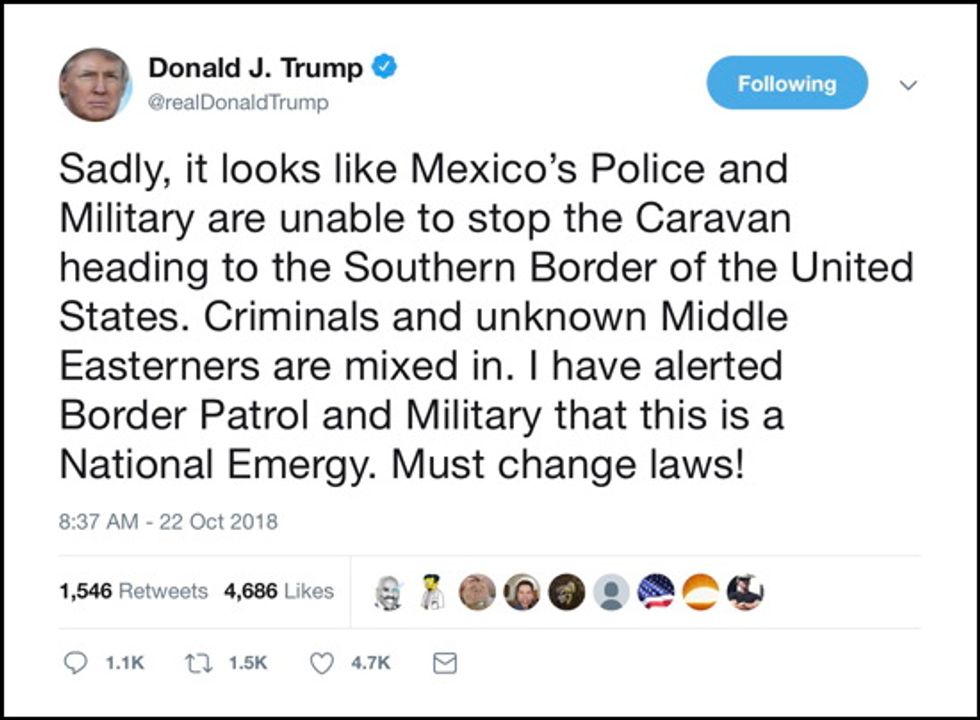 Daniel Dale of The Toronto Star proves Trump is lying:

Follow the bouncing ball: 1) Guatemala's president said at a conference that they had arrested, over some period, 1… https://t.co/uiDPHguUjp
— Daniel Dale (@Daniel Dale)1540214078.0

Image by Fibonacci Blue via Flickr and a CC license