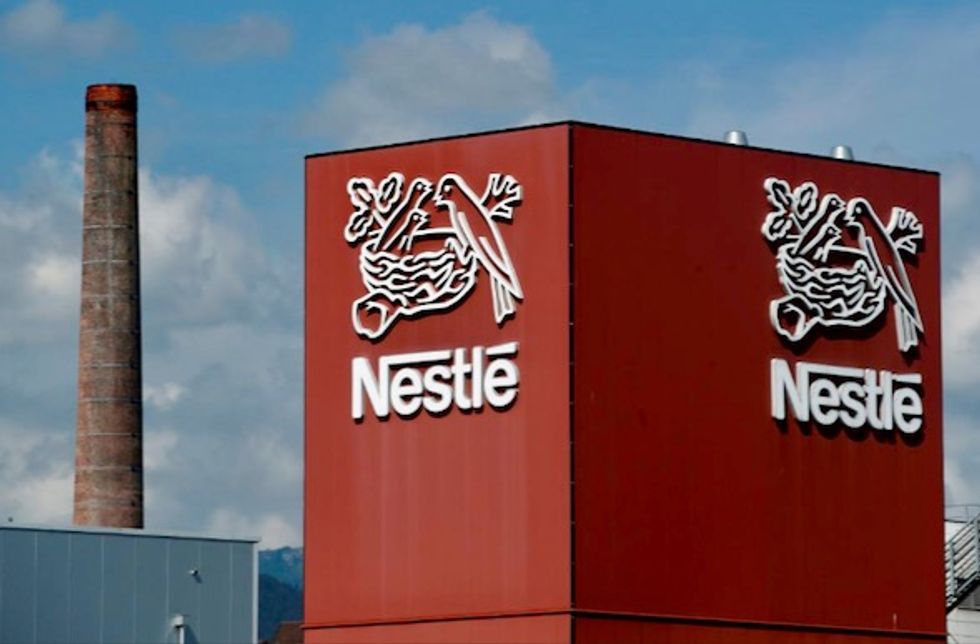 A Nestle logo is pictured on a coffee factory in Orbe, Switzerland May 31, 2018. REUTERS/Denis Balibouse

Judges of the 9th U.S. Circuit Court of Appeals in Pasadena, California, said in a unanimous decision that the group could proceed with its claims despite the alleged abuses having occurred overseas.

“In sum, the allegations paint a picture of overseas slave labor that defendants perpetuated from headquarters in the United States,” the court wrote.

The court did not rule on the merits of the plaintiffs’ claims.

The plaintiffs, originally from Mali, are contending that the companies aided and abetted human rights violations through their active involvement in purchasing cocoa from Ivory Coast (Cote d’Ivoire).

The companies have denied the allegations.

Nestle said in a statement on Tuesday that it had explicit policies against child labor and was working to combat the global problem. The company said it disagreed with the 9th Circuit decision and was assessing appellate options.

Cargill did not reply to a request for comment.

A district court in Los Angeles dismissed the lawsuit twice, most recently in March 2017. That court found that the former child slaves’ claims were barred by U.S. Supreme Court decisions that have made it harder for plaintiffs to sue corporations in U.S. courts for alleged violations overseas.

According to those rulings, violations elsewhere must “touch and concern” U.S. territory “with sufficient force.”

The 9th Circuit said on Monday that the plaintiffs’ claims fulfilled those requirements as the alleged violations fell outside the scope of the companies’ ordinary business conduct.

The former child slaves alleged that the companies provided financial and technical assistance to local farmers to guarantee the cheapest source of cocoa.

The federal appeals court said that those “kickbacks” were supported by regular inspections of Ivory Coast cocoa farms by U.S. company employees who allegedly knew of and upheld the financing arrangements.

Cote d’Ivoire is the world’s leading cocoa grower. Other leading producers of cocoa include Ghana, Indonesia, Nigeria and Cameroon.