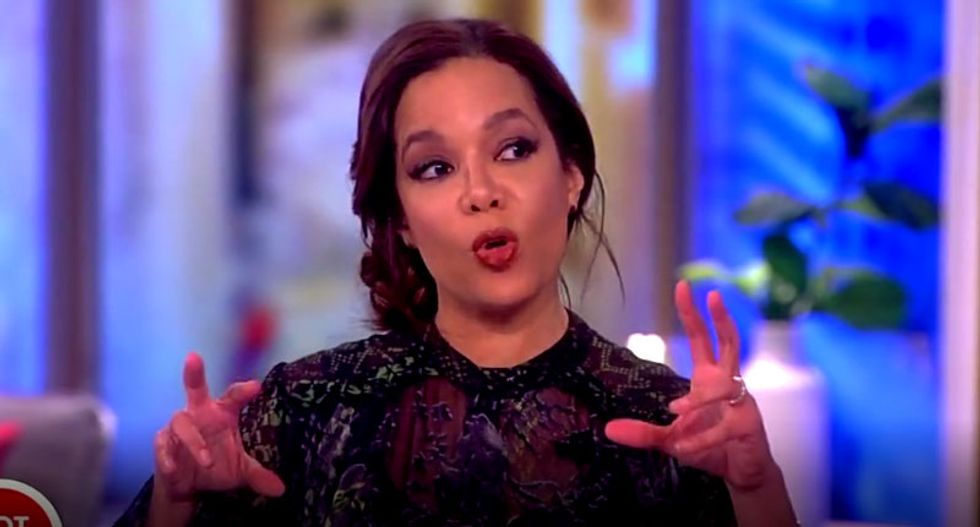 Sunny Hostin, a co-host of The View (Screenshot/ABC)

"The View's" co-host Sunny Hostin called out first lady Melania Trump for being factually inaccurate about the #MeToo movement and sexual assault.

Mrs. Trump told ABC News that she supports the women but that evidence needs to be shown for such cases.

"You cannot just say to somebody I was, you know, sexually assaulted," she said. She went on to claim sometimes the media goes too far.

"I don't know what that piece of it is, this media piece, but I will say this," Hostin began. "You know, back in the day, I would say maybe 40, 50 years ago, it was very difficult for women to bring sexual assault cases because the law was different."

She quoted British Judge Matthew Hale, who once said: "rape was the only crime where you needed more than a woman's word."

"In the law, for any crime, a person's testimony is enough," the former prosecutor explained. "After 40 years we've finally changed the law. We finally said a woman's word is enough. I've taken many cases to trial with just a woman's word. And now you have the first lady of the United States telling women everywhere your word is not enough."

She explained that such a claim does more harm than good and Mrs. Trump is inaccurately quoting the law.

Both Meghan McCain and Abby Huntsman agreed with the first lady that women should be believed, but as with any trial, there should be evidence. Hostin explained, again, that under the law, testimony is considered evidence.