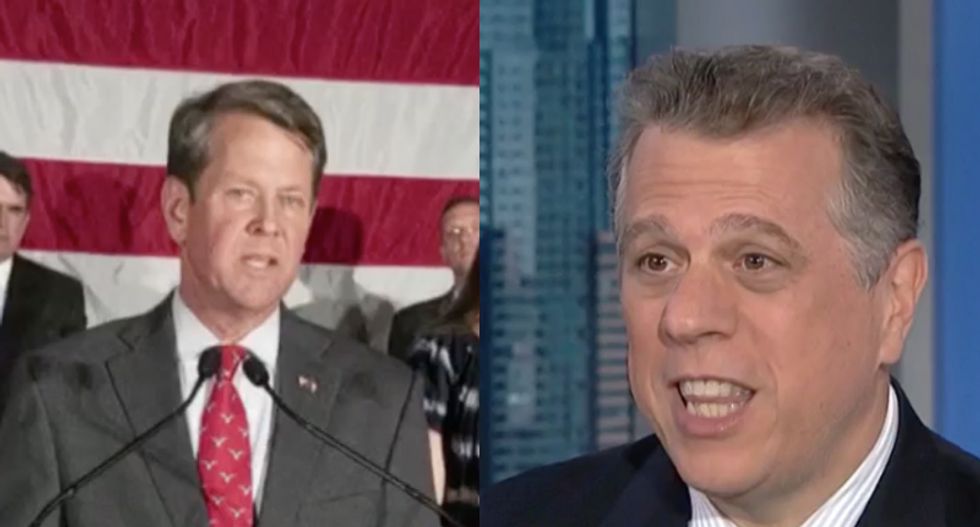 In a Friday appearance on MSNBC Michael Waldman, President of the Brennan Center for Justice and a voting rights expert, slammed Georgia Secretary of State (and Republican gubernatorial candidate) Brian Kemp for using his office to disenfranchise thousands of black voters ahead of the election.

"It's quite a coincidence," Waldman said sarcastically of the unapproved voter applications, 70% of which are from minority voters in a state where only about 30% of the population is black. "Or not. I would say there is an overall problem which we see in Georgia."

"But we see it across the country, of new laws and new practices to make it harder for people to vote," he added. "Really for the first time since the Jim Crow era."

"One of the problems is in a place like Georgia, you've got somebody who's the Secretary of State in charge of voting system, and he stands to benefit from this," said Waldman, who was clearly appalled.

The only solution, he said, was to "move to nonpartisan administration of elections in the country."

"But [Kemp], and anybody who is doing these kinds of purges need to understand the right to vote is sacred," Waldman said scornfully. "It's the heart of our democracy. and that it's just wrong to fiddle with it in the heat of an election."

He went on to remind viewers that so-called "voter fraud" doesn't really exist, saying "you're more likely to be struck by lightning in the United States than to commit voter fraud."

Instead, he said, "we should be finding ways for everybody to vote."