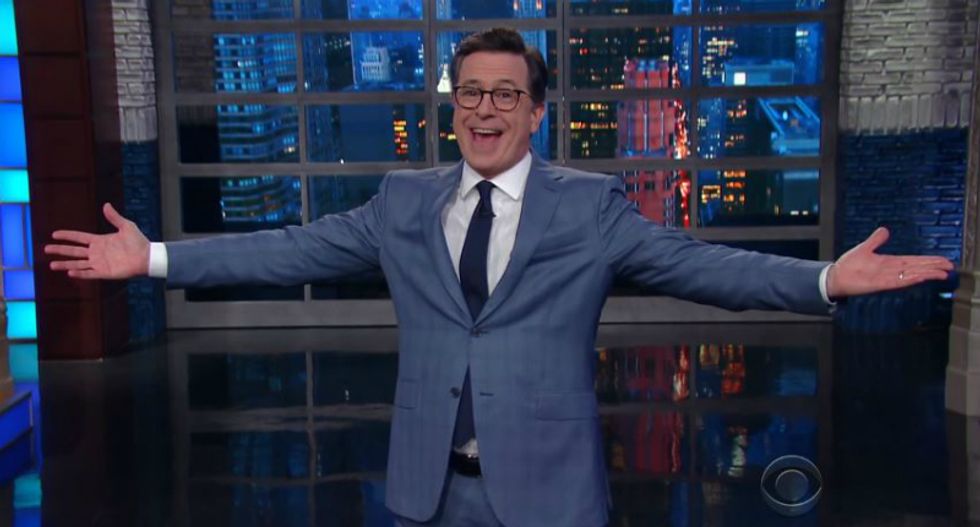 White House press secretary Sarah Huckabee Sanders attacked reporters demanding the president be held accountable for his toxic rhetoric that has inspired so much hate. But "Late Show" host Stephen Colbert found it a little ironic.

"The only person responsible for carrying out either of these heinous acts were the individuals who carried them out," Sanders told reporters Monday at her first briefing in three weeks.

Ironically, President Donald Trump had another thought. Instead of blaming the gunman, the president blamed the media.

Reading the tweet in his "Trump voice," Colbert riffed on the president's attempt to put out the flames by starting other fires.

Colbert then turned to the hilarious moment when Fox Business News host Lou Dobbs tried to rant about the Honduran caravan walking through Mexico. Dobbs had a tough time saying the word of a city, completely humiliating himself on national television.

The CBS host used the opportunity to create a travel ad for the imaginary city with amazing and beautiful landmarks that he couldn't pronounce either.