WATCH: Donald Trump breaks his own call for civility in less than 60 minutes 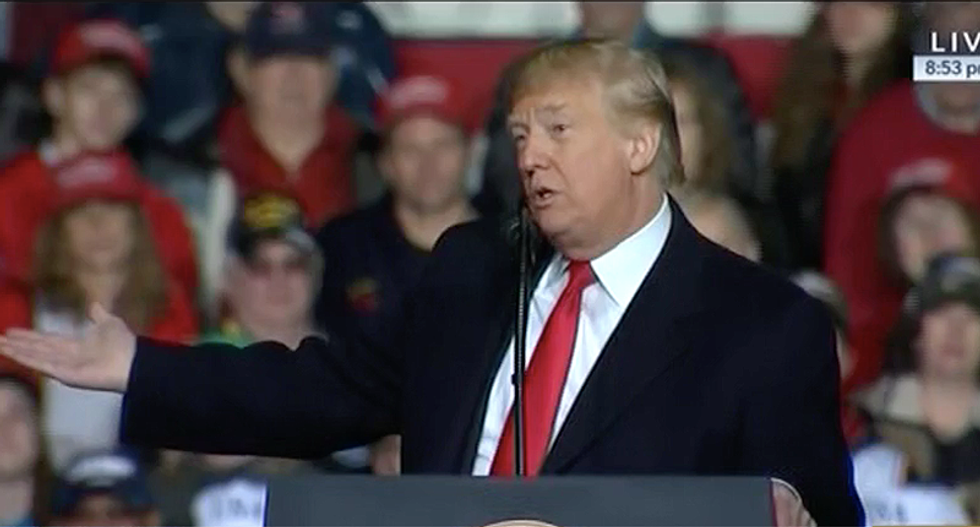 President Donald Trump spent a brief moment this afternoon demanding everyone take a step back and behave more civilly. He took it a step further during his Wisconsin rally Wednesday.

Just after the 60-minute mark since taking the stage, Trump accused Democrats of releasing violent gang members and members of MS-13 into American communities. The hyperbole is not only factually inaccurate, but it also violated the call he made less than an hour earlier.

"Democrats even support sanctuary cities that release violent gang members," he said. "You see predators. I use that; some people don't like it when I use that name."

He went on to herald ICE for breaking up "nests of gangs." Saying they "go into these nests like it's a day at the office."

When stepped up to the microphone Wednesday night, he told everyone in the country to come together.

Watch the video of Trump breaking his own rule below: