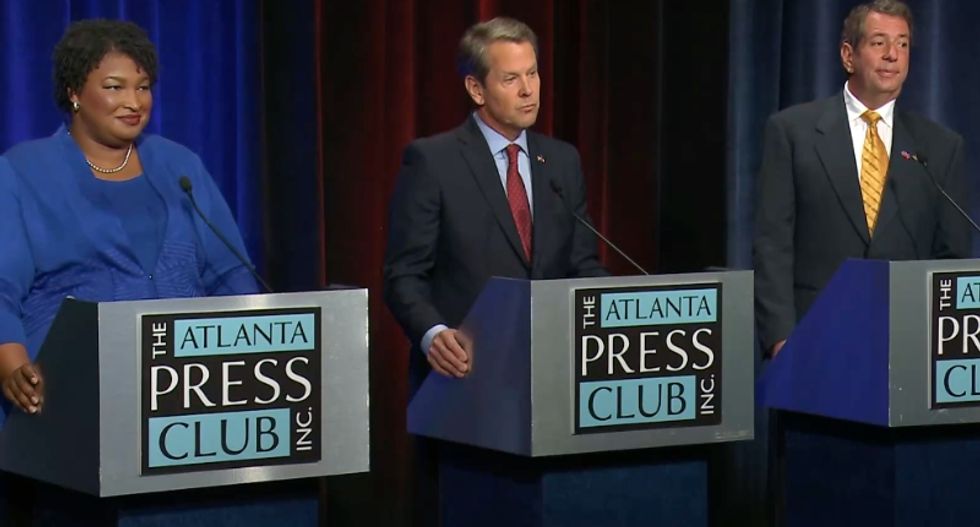 A fire alarm sounded at an inopportune moment during the Georgia gubernatorial debate Monday.

As CNN's Andrew Kaczynski noted on Twitter, the alarm went off during the live debate just as Libertarian candidate Ted Metz explained that people who work for government agencies he'd close as governor should "get another job."

"Mr. Metz, you've promised to cut spending by slashing what you call 'obsolete, inefficient, unnecessary and unconstitutional agencies.'" the Atlanta Journal-Constitution's Greg Bluestein asked the candidate. "What specifically would you eliminate and what do you say to Georgians who might depend on their services?"

"Get another job," the Libertarian answered — but the end of his short sentence was drowned out by the fire alarm that sounded remarkably like a game show buzzer.

"What is that noise?" Metz is heard asking as the camera panned away. The

Human Rights Campaign's Charlotte Clymer noted that later in the debate, Metz acknowledged that he "missed the question."

Watch the awkward moment below: