WATCH: GOP judicial candidate begs for special treatment after being busted for DUI 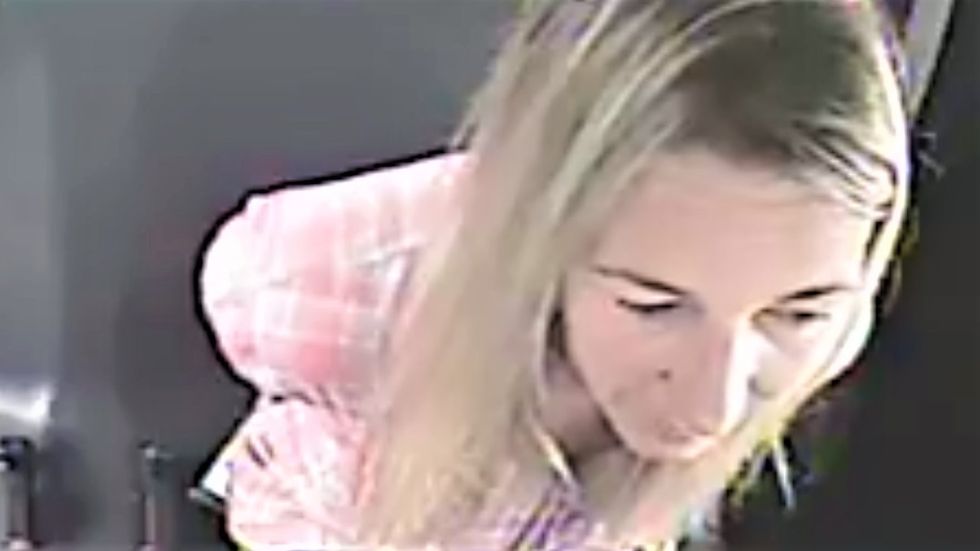 A newly released police video shows Oakland County, Michigan judicial candidate Julie McDonald asking for special treatment from a police officer who had just arrested her for driving while intoxicated.

The Detroit Free Press reports that McDonald last month was pulled over by a Royal Oak Police officer who quickly detected the scent of alcohol from inside the car, while also noticing that McDonald's eyes were "watery and bloodshot."

After stepping out of her car, McDonald agreed to take a breath test in which she blew a .102 blood alcohol content. She was subsequently placed under arrest and put into the back of the police car.

Video from inside the car then shows McDonald talking to the officer about how she's running for public office and that being arrested for drunk driving would harm her prospects of being elected.

"I'm running for an office right now," she said. "This will f*ck me up really bad."

"There's not a lot of discretion I have with something like this," the officer replied.

McDonald was subsequently charged with operating while intoxicated, littering and having no proof of insurance.