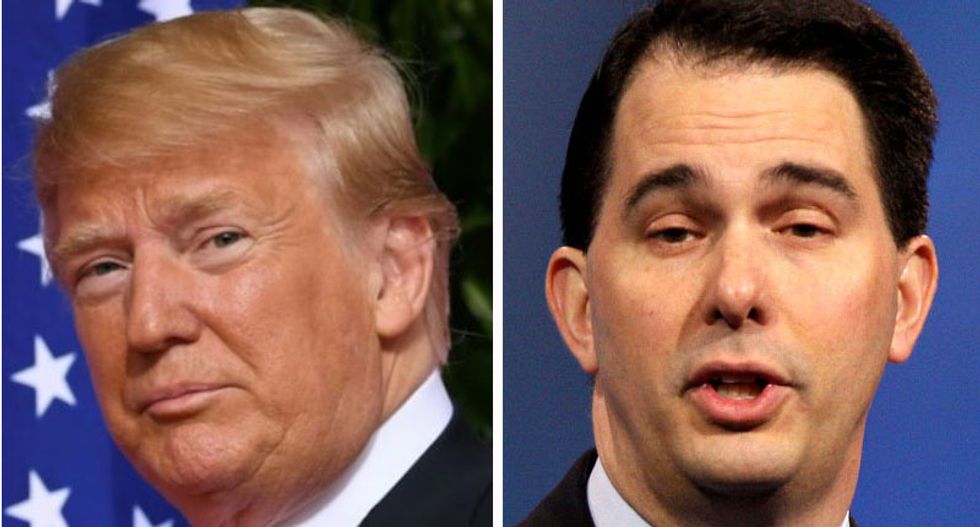 Wisconsin Gov. Scott Walker is struggling to maintain his stranglehold on the seat after seven years. Since 2010, Walker's Wisconsin has been at 35th in the nation for economic job growth and last among Midwestern states. Perhaps that is why Walker is one of the most endangered Republican governors on the ballot this election.

President Donald Trump will swoop in to try and save Walker as well as other endangered Republicans. Despite winning the state in 2016, July polls show 63 percent of Wisconsin voters would not vote to re-elect him. Only 31 percent want to see Trump be reelected.

"The president’s rating with rural voters in Wisconsin is only marginally positive for the year and slightly negative since August. His job rating is slightly negative outside the Madison and Milwaukee media markets. These are regions he won decisively in 2016," reported The Journal Sentinel in September.

Trump is scheduled to speak at 6:30 p.m. Wisconsin time, 7:30 p.m. EST. These times are only estimations as Trump tends to run behind at times.