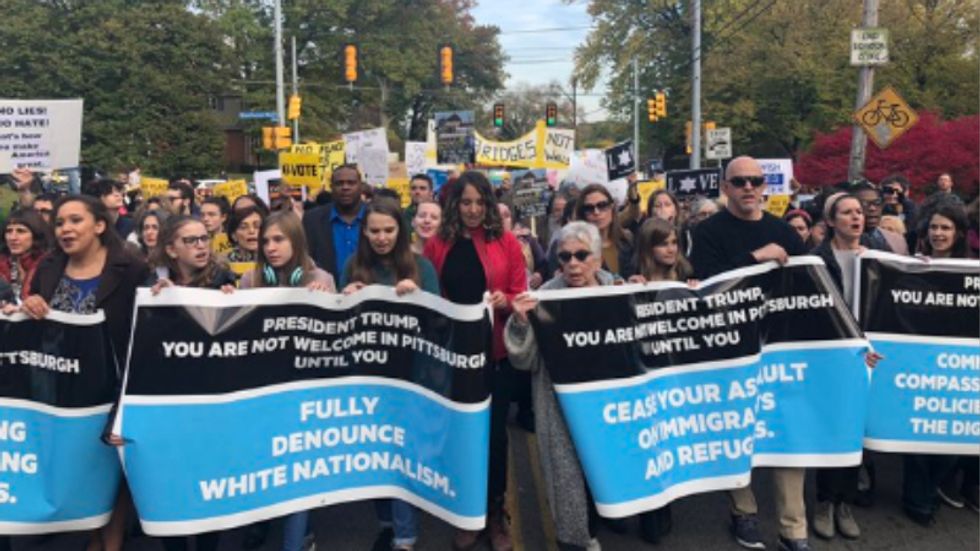 On Tuesday, despite many people's wishes, President Donald Trump traveled to Pittsburgh to pay his respects to the lives lost in the synagogue massacre.

During CNN's Jake Tapper Tuesday show, national correspondent Miguel Marquez said that he was shocked at how "how big" and "how quickly" the protest against Trump's visit grew.

According to Marquez, there were two different protests taking place. Marquez said that protest he was at, which was about a block away from the Tree of Life synagogue, was not planned 24 hours ago.

According to CNN, police had tried to clear path for Trump's motorcade. But Marquez later said the president had "moved off in another direction."

The tweets below illustrate how big the protest against Trump's visit truly is.

Giulianna Lamanna is protesting to “honor the eleven people who were lost to hatred, and to send a message to Trump… https://t.co/uxOkXz5emr
— julia reinstein 🚡 (@julia reinstein 🚡) 1540926142.0

Protestors are setting up food. This is intended not just as a protest, but a public shiva. “We’re sitting shiva… https://t.co/yfYsDcVsTc
— julia reinstein 🚡 (@julia reinstein 🚡) 1540926489.0