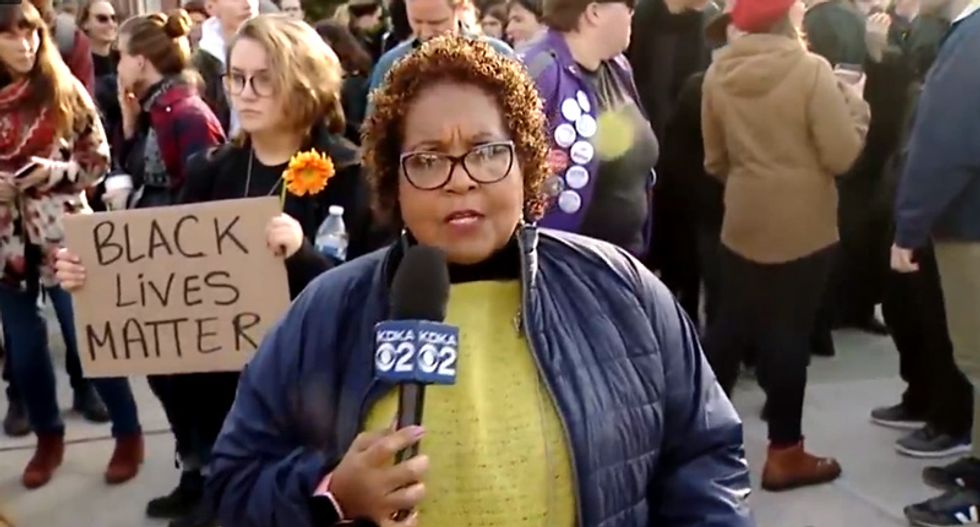 Thousands of mourners on Tuesday attended the first funerals for victims of a mass shooting at a Pittsburgh synagogue, as protesters prepared to greet U.S. President Donald Trump amid accusations his rhetoric had encouraged anti-Semitic extremists.

More than 1,800 people from across the United States came to offer condolences to the relatives of David Rosenthal, 54, and Cecil Rosenthal, 59, at the Rodef Shalom synagogue in the Pennsylvania city as police officers stood outside.

The two brothers, who lived at a home for people with disabilities, were among the 11 mostly elderly congregants shot to death on Saturday at the Tree of Life synagogue in Pittsburgh’s Squirrel Hill neighborhood.

Nurses in surgical scrubs were among the crowd of about 2,000 at Rabinowitz’s funeral.

“He was just precious. I feel like I’ve lost a father figure — and I have a father,” said Michele Bucher, a 54-year-old patient of Rabinowitz.

Robert Bowers, 46, is accused of storming into the Tree of Life synagogue yelling “All Jews must die” and opening fire on members of three congregations holding Sabbath prayer services there.

A federal judge on Monday ordered Bowers held without bail.

The attack, which the Anti-Defamation League (ADL) described as the deadliest targeting Jews in the United States, has heightened a national debate over Trump’s rhetoric, which critics say has contributed to a surge in white nationalist and neo-Nazi activity.

The Trump administration has rejected the notion that he has encouraged far-right extremists who have embraced him.

Trump’s visit comes just seven days before elections that will determine the balance of power in Congress. The Republicans currently control both the Senate and the House of Representatives.

The Republican president said he would visit hospitalized police officers and other people wounded in the shooting. He will be accompanied by first lady Melania Trump, the White House said.

“I’m just going to pay my respects,” Trump told Fox News on Monday night. “I would have done it even sooner, but I didn’t want to disrupt anymore than they already had disruption.”

An aide to McConnell said the Kentucky Republican was unable to attend because of a conflict with events in his home state.

Ryan was not able to travel to Pittsburgh on such short notice, an aide said.

The ADL, a nonprofit group dedicated to fighting anti-Semitism and all forms of hate, said last week that far-right extremists had stepped up “online propaganda offensives” in the run-up to the elections to attack and to try to intimidate Jews.

“I spend half of each year in Germany. I have seen how another country with a much tougher background has dealt with this, starting at ground zero,” said Walter Jacob, a rabbi at Rodef Shalom.

‘YOU ARE NOT WELCOME’

Members of Pittsburgh’s Jewish community said they would protest against Trump on Tuesday afternoon.

“The gunman who tore apart our neighborhood believed your lies about the immigrant caravan in Mexico,” protest organizers said in an announcement, referring to a group of migrants who are trekking through Mexico toward the United States. “He believed anti-Semitic lies that Jews were funding the caravan”

In a social media post on Saturday, Bowers, the suspect, had accused the Hebrew Immigrant Aid Society (HIAS), a group that helps refugees, of bringing “invaders in that kill our people.”

The protest announcement echoed an open letter from a group of local Jewish leaders who told Trump: “You are not welcome in Pittsburgh until you fully denounce white nationalism.”

More than 75,000 people have signed the letter, organized and posted online by the Pittsburgh chapter of Bend the Arc, a Jewish organization opposed to what it calls “the immoral agenda of the Trump administration and the Republican Party.”

Pittsburgh Mayor Bill Peduto said he was also against Trump’s visit because it would coincide with the first funerals.

Peduto, a Democrat, said Trump should wait until all the funerals were held, adding that the visit and additional security measures entailed would distract attention from the “priority” of burying the dead.

On Monday, Bowers, a onetime truck driver who frequently posted anti-Semitic material online and was described by neighbors as a loner, was charged with 29 federal felony counts. If convicted, he could face the death penalty.

Prosecutors have said they are treating the mass shooting as a hate crime.

Julia Shumway, Oregon Capital Chronicle
Betsy Johnson has counted on her “Betsy Brigades,” groups of volunteers circulating petitions, to gather the nearly 24,000 signatures she needs as a nonaffiliated gubernatorial candidate to make it on the November ballot.

But she also paid a Washington-based signature gathering firm more than $200,000 to collect signatures for her campaign, state campaign finance records show.

On March 13, 2020, police officers used a fraudulently obtained no-knock warrant to break into Breonna Taylor’s home in Louisville, Kentucky and fire 32 rounds, killing her while she slept.

While there was immediate outrage, there has been little in the way of legal accountability for the Louisville metro police officers who shot her or the ones involved in obtaining the warrant.

This is on top of $4.1 million in compensatory damages awarded by the same jury earlier this week for Jones' relentless campaign against a dead 6-year-old and his family.