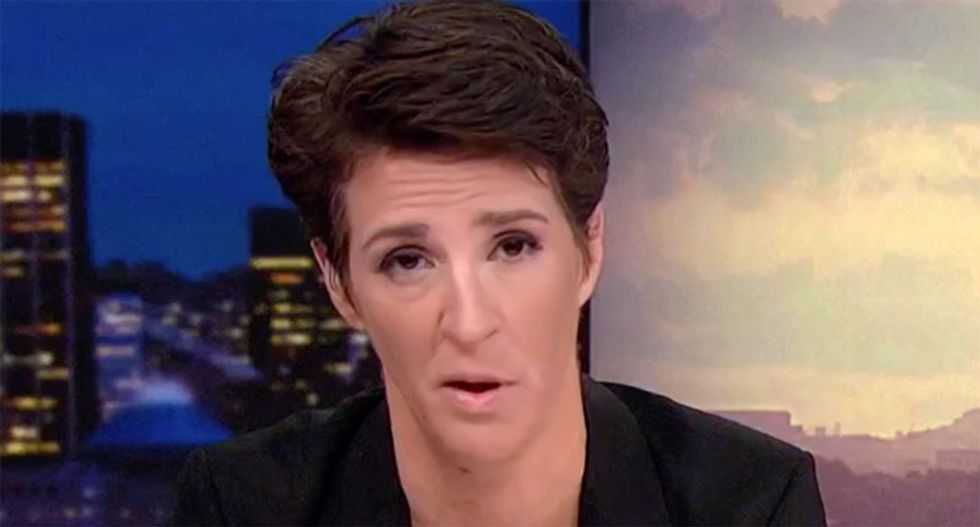 MSNBC anchor Rachel Maddow says that it is "decision time" for America with one week to go before the crucial midterm elections.

"The guy who carried out the synagogue murders in Pittsburgh had ranted online about the same migrant caravan that the president and conservative media have been stoking all this excitement about," Maddow noted.

"Now, I don't know if the suspect in the Pittsburgh massacre has TV access in jail, but since he allegedly committed the worst attack against the American Jewish community in the history of this country -- saying he had to do it to stop this invasion of our country, that the Jews were facilitating -- since he has been in jail, he probably likes what he has been seeing on TV, if he has access to TV," she noted.

"Since the killings, the president has continued to echo the online claims by the suspected murderer about our country being invaded," Maddow noted.

"The national Republican Party has also decided -- since the massacre -- to keep running an ad that depicts a Democratic congressional candidate as being secretly controlled by George Soros, Jewish billionaire who Fox News and President Trump have turned into a bogeyman for everything," she continued. "But in particular, they're regularly -- all day long -- blaming Soros for somehow supposedly secretly organizing that invasion."

"Nothing about George Soros getting a pipe bomb last week who appears to have been a Trump superfan," she continued.

"The Fox News Channel has now recently started claiming that these invaders are bringing disease, that they specifically have smallpox. they're coming here to kill us all with smallpox and stuff," Maddow noted.

Maddow had a solution to the upheaval.

"In every dark moment in American democracy -- and we are in a dark moment right now -- the vote is the way out," she explained. "In a democracy, the solution to all of our problems, no matter how dark things get, is always to vote in a way that will change things."