WATCH: Owner of popular restaurant fires woman and then tells her to 'keep her legs open' 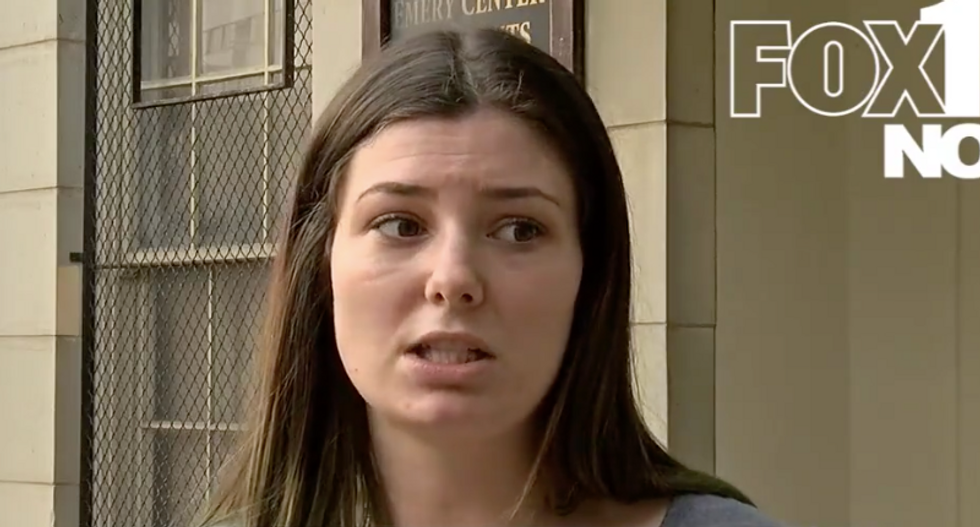 An Ohio waitress recorded a shocking encounter with the owner of a burger joint where she worked for 10 months, in which he made sexually derogatory comments about her immediately after firing her.

Evelyn Marie Reid was allegedly fired for not smiling enough. After telling her to collect her stuff, the owner of the restaurant allegedly told her she'd be fine and instructed her to "just keep your legs open.”

He also said “I’ll miss that a**” as he followed her up the stairs, according to her account.

At that point, she started recording, reports Fox 19.

"Thank god I have proof, otherwise no one would have believed me," she told Fox 19. "Because in this day and age, it's just if you say 'Oh, this person did this to me,' then I'm trying to ruin their life."

“I had like a cold sweat,” she told the station. “I was alone with an old white guy who was sexually harassing me.”

"This business recently made waves in the news, which often means people come to this page to post their views on the news," they wrote. "While we don’t take a stand one way or the other when it comes to this news event, we work to verify that the content you see here reflects personal consumer experiences with the business rather than the news itself. As a result, we’ve temporarily disabled the posting of content to this page."

In the video, the woman confronts her former boss about why she was fired. He retorts that he doesn't have to give her a reason and tells her to contact his attorney.