WATCH: Rachel Maddow unveils her new theory on why Trump walks around with toilet paper stuck to his shoe 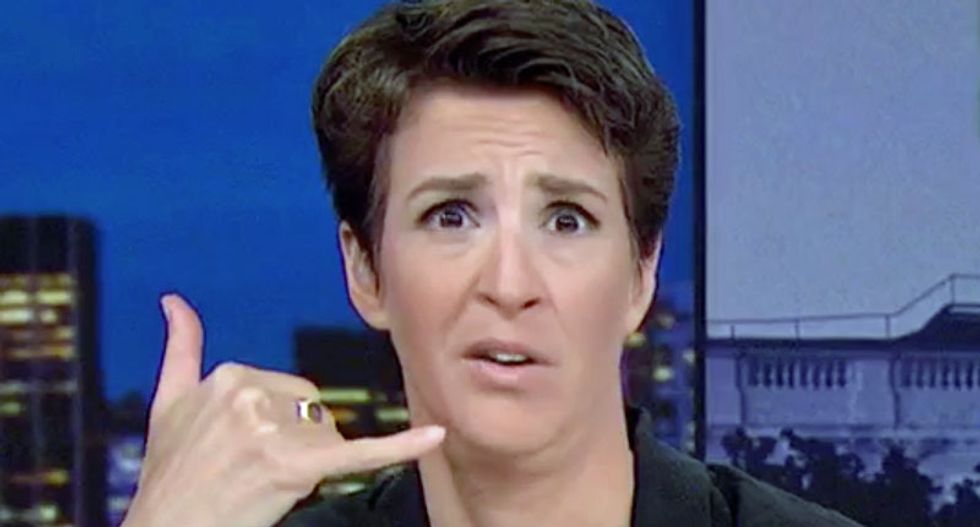 The host of 'The Rachel Maddow Show' on MSNBC.

MSNBC anchor Rachel Maddow on Wednesday reported on the bombshell New York Times report on President Donald Trump using his iPhone despite being warned both China and Russia are listening to his calls.

"Sometimes there are certain things you want the people around you to go ahead and tell you -- even if it's embarrassing -- like if your zipper is down, right? Or if you have spinach in your front teeth," Maddow noted.

"Or if, for Pete's sake, you are the President of the United States and you are haplessly ascending the stairs with Air Force One with, wait for it ... toilet paper [stuck to your shoe]," Maddow joked, playing a hilarious clip of Trump. 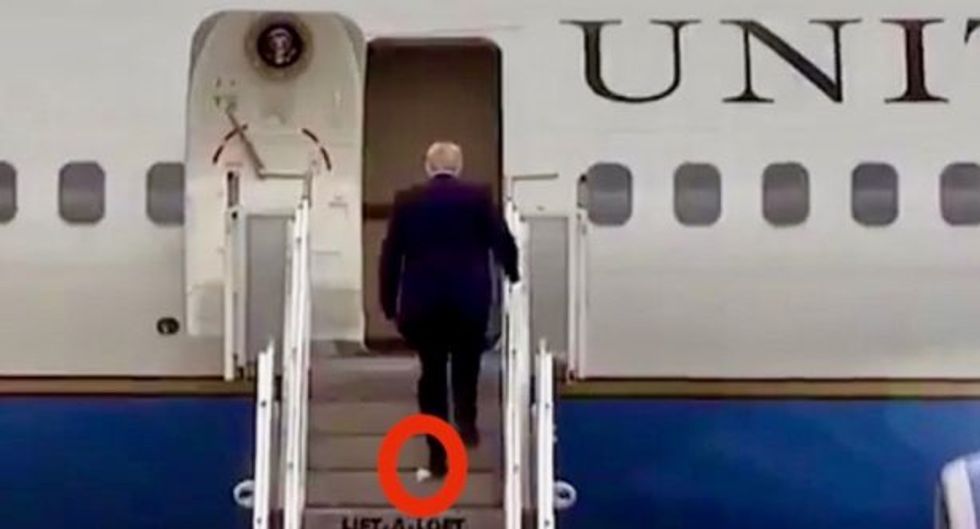 Donald Trump boards Air Force One with what appears to be toilet paper stuck to his shoe. Image via screengrab.[/caption]

The MSNBC candidate said, "I'm willing to float a different theory about the president and the paper stuck to his shoe."

"They've been telling him in private there's a security issue, he does not care," she noted. "So now they're telling him in big, bold letters in the newspaper."

"In this case, this is them telling him, 'hey, sir, you've got a little spinach in your teeth,' and he's like, 'oh, yeah, get me a poppy seed bagel, see if I can get some of that stuck in there too.'"

"They're telling him, 'sir, you have four pieces of Charmin on your left shoe.' And he's like, 'cool, how we get some on the other shoe, think we can get six or eight pieces to stick?'"