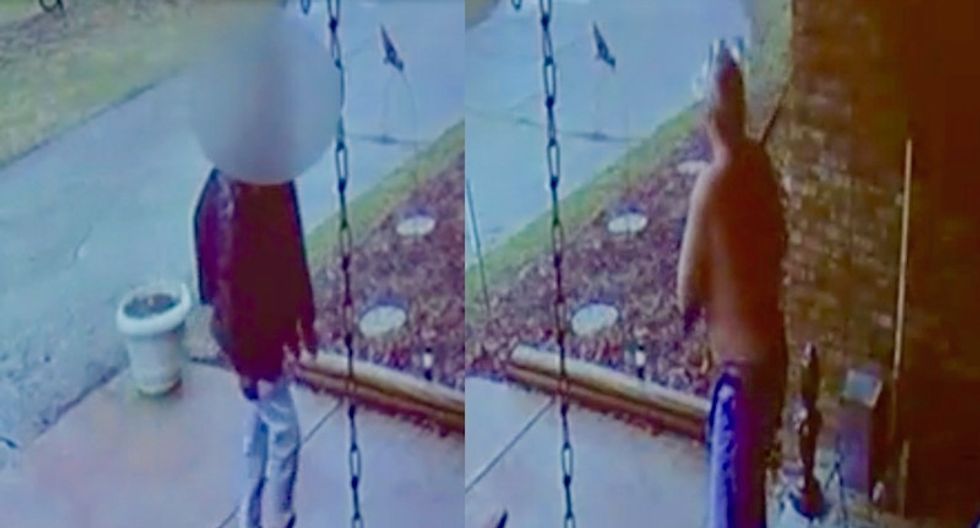 A white man in suburban Detroit is on trial for allegedly shooting at a black teen who came to his porch for directions, reports Fox 2 Detroit.

Homeowner Jeffrey Zeigler is on trial for shooting at Brennan Walker on the porch of his Rochester Hills' home.

On Tuesday, prosecutors showed surveillance video of Zeigler, a retired fireman, firing on the teen after he walked onto the porch and tried to knock on the door. The teen then runs away as Ziegler runs into frame and fires.

On the stand Tuesday a police officer testified that he asked Zeigler why he fired on the teen and got a chilling answer.

"I said sir, can you point out to me where he charged your door, at what point was he a threat?" said the officer said. "Mr. Ziegler at this point is just sitting there and I said you took aim at him. You know sir, can you respect what I do and just admit that you aimed your weapon at this young man. He took a big drink of water, he looked at me and he said, 'I'm tired of being a victim.'"