WATCH: Trump claims he has no influence over right-wing terrorists during rambling Fox News interview 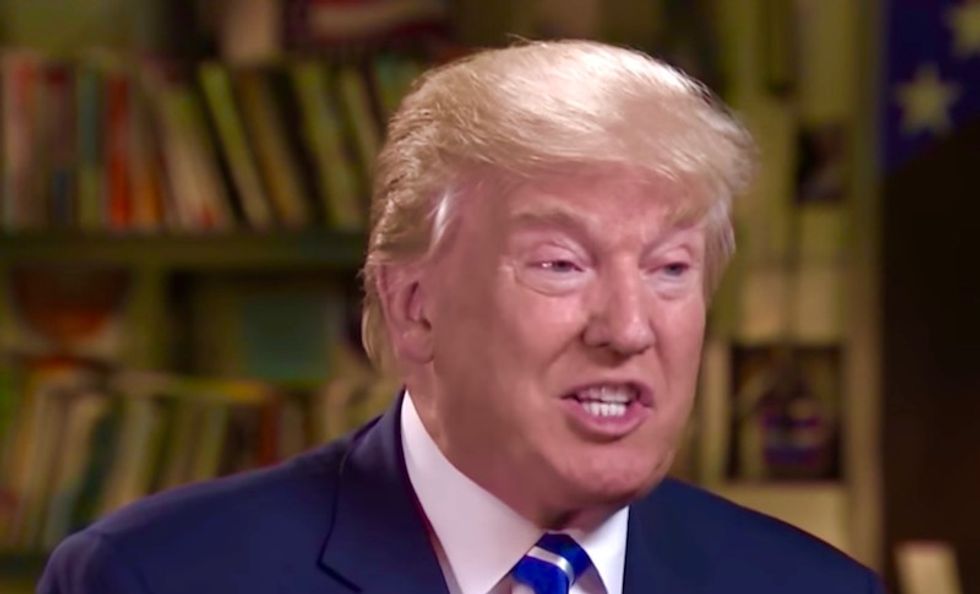 During an interview with Fox News following a week of right-wing terror, President Donald Trump doubled down on his use of the "nationalist" label and denied responsibility for any of the attacks.

Although Cesar Sayoc, the Floridian accused of sending pipe bombs to several prominent Democrats including former President Barack Obama, was so avid a Trump fan that he covered his van in photos of the president and had thousands of dollars of Trumpian memorabilia, the president insisted that he was "insane a long time before."

"You look at his medical records," the president told Fox News host Laura Ingraham. "He was insane for a long time."

He also doubled down on his use of the terms "globalist" and "nationalist" — the former being a term many consider to be an anti-Semitic dog whistle and the latter being associated with "white nationalism."

"It means I love the country," Trump said of the term "nationalism."

"I look at two things: Globalists and nationalists," he continued. "I’m somebody who wants to take care of our country because for many, many years, our leaders-- you know this better than anybody-- our leaders have been more worried about the world than about the United States, and they leave us in a mess."

"I’m proud of this country and I call that 'nationalism,'" Trump added. "I call it being a nationalist and I don’t see any other connotation than that. Now, as soon as you make any statement nowadays with the political correctness world, they make a big deal."

Trump said that he "didn't want to disrupt any more than they already have disruption but I look forward to going to Pittsburgh tomorrow." The mayor asked the president not to come to disrupt the funerals of the families. He noted in his op-ed that the city doesn't have the security to handle the funerals as well as the presidential visit. Trump has ignored the plea for space and time.