WATCH: Trump supporter tells harassment victims to 'cross their legs and quit acting like they want something' 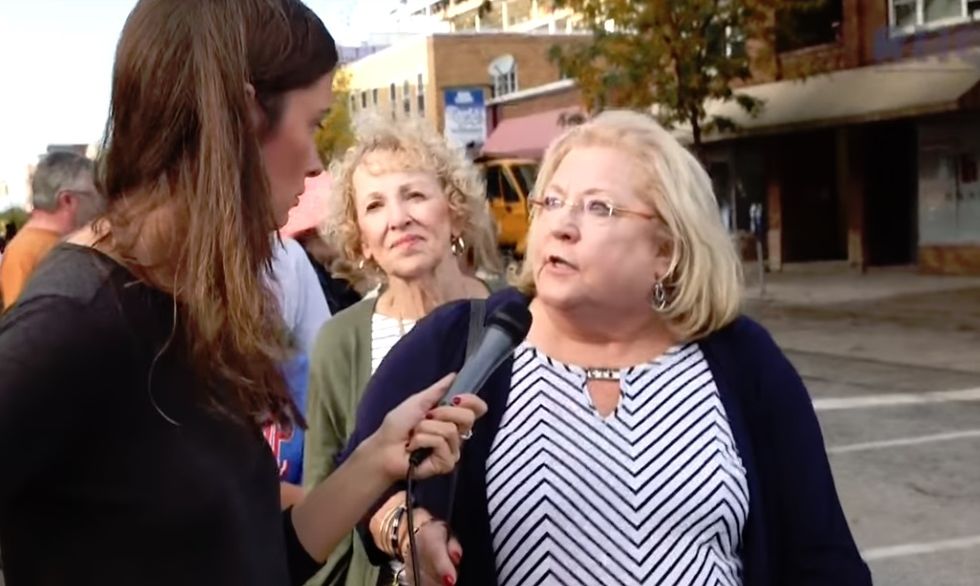 A Trump supporter discusses the 'Me Too' movement (Screen cap).

The Young Turks' Emma Vigeland went to a Trump rally in Pennsylvania this week to see how some of the president's supporters feel about the "Me Too" movement -- and many of them were openly hostile to many women who claim to have been sexually harassed or assaulted.

In the video, one male Trump supporter admitted that there were legitimate cases of sexual abuse, but he said that a large number of them were simply political operatives paid by Democrats to smear men.

"The women -- half of them, I'm not saying all of them -- but there's some of them that are paid," he said. "Other ones, I'm sure, they've been abused, really, you can't say no on that. But still, generally, it's just a thing that Democrats want to do."

A female Trump supporter interviewed by Vigeland went even farther and blamed the victims themselves for getting harassed or raped.

"I've said it for a long time: Women should button their blouse, cross their legs, and quit acting like they want something," she said.

Vigeland asked another Trump supporter how she felt about the multiple accusations of sexual misconduct against the president himself.

"You don't know what's real, what's not, and I don't really care," she said. "Anything that guy did before he's president is his business."