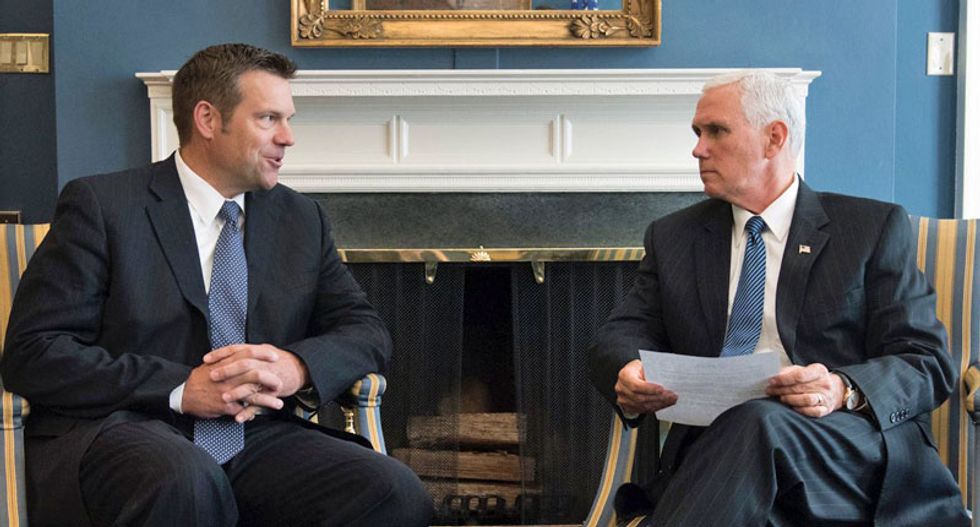 On May 11th, 2017, Kansas Secretary of State Kris Kobach used the hashtag #StopVoterFraud to brag on Twitter about the Executive Order creating the advisory commission, which was chaired by Vice President Mike Pence, with Kobach leading as vice-chair.

However, if one clicks the link to the official "Office of the Press Secretary" release, titled, "Presidential Executive Order on the Establishment of Presidential Advisory Commission on Election Integrity," one sees that the page has been removed from the website.

Former home of the Presidential Executive Order on the Establishment of Presidential Advisory Commission on Election Integrity on www.WhiteHouse.gov[/caption]

The internet archive recorded a copy of the page as it was posted on May 11th, which can be read here.

The archive successfully recorded the page dozens of times in the coming months.

The last successful viewing of the page by the archive occurred on December, 14, 2017. By December 19, the error message was visible.

Kobach is currently running for governor of Kansas, with the most recent poll showing him trailing Kansas Democratic state Sen. Laura Kelly.

Last week, Pence campaigned for Kobach in Witchita and will stump in Kansas City on Friday for Kobach's campaign.