Without proof, Mike Pence says it's 'inconceivable' that Trump is lying about Middle Easterners in caravan 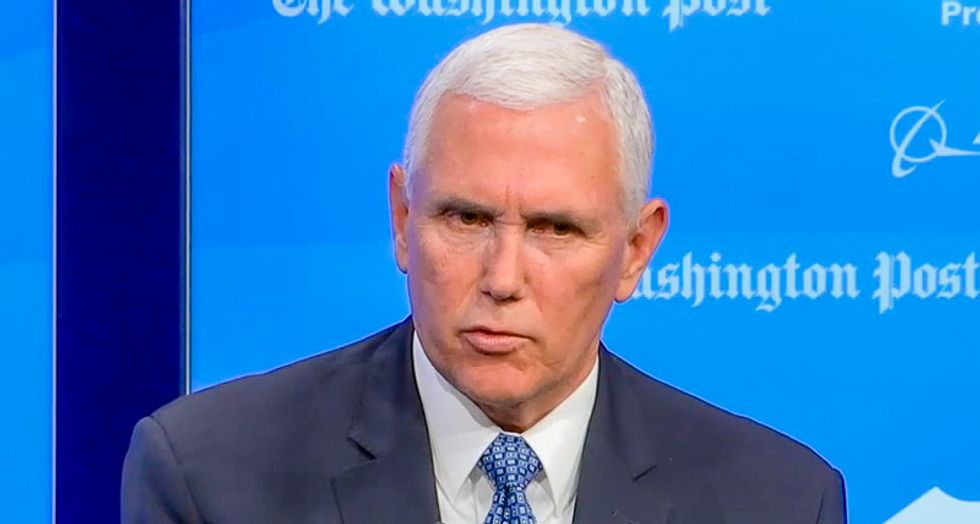 Vice President Mike Pence on Tuesday defended President Donald Trump's assertion that people from the Middle East are secretly traveling in a caravan headed through Mexico to the United States.

While speaking with journalist Robert Costa at a Washington Post event, Pence was asked about Trump's claim, which reporters have been unable to verify.

"Where is the evidence?" Costa asked.

"Well, it's inconceivable that there are not people of Middle Eastern descent in a crowd of more than 7,000 people advancing toward our border," Pence argued with a shrug.

"There are statistics on this," Pence insisted. "In the last fiscal year we apprehended 10 terrorists or suspected terrorists per day at our southern border -- from countries that are referred to as 'other than Mexico,'" the vice president said. "That means from the Middle East region."

He added: "I mean, the idea that they would not be in this large throng, that what the president of Honduras told me was organized by leftist groups in Honduras, financed by Venezuela and sent north to challenge our sovereignty and challenge our border."

But in his winding four-minute answer, Pence failed to offer any evidence of so-called "Middle Easterners" in the caravan.