How World War I shaped the 20th century and beyond 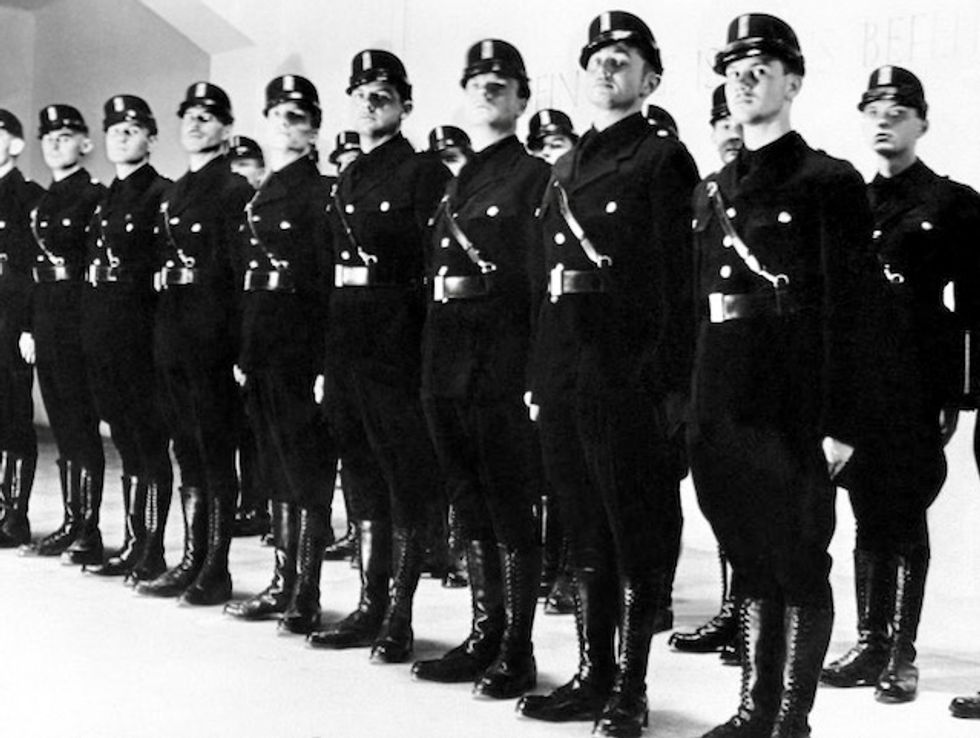 Troops of the Sturmabteilung, the German Nazi party's paramilitary, pictured in the 1930s AFP

As the guns fell silent in 1918, World War I victors all agreed on one thing: Germany must pay.

How much was a matter of debate but there was never any doubt that the post-war settlement enshrined in the Treaty of Versailles was going to be punitive.

Germany did pay, but it was not alone. A century on, the world lives with the consequences of a peace accord that, even at the time, was criticised as making another war inevitable in Europe, a continent which had dominated the world for centuries.

Economist J.M. Keynes, then a British Treasury official, resigned rather than be associated with a treaty he denounced as "Carthaginian" in its harshness. French Marshal Ferdinand Foch judged it "not so much a peace as a 20-year armistice".

The "war to end all wars" turned out to be the opposite. By ensuring Germany's economic ruin and political humiliation, the post-war settlement provided fertile ground for the rise of Nazism and its horrors.

Beyond Germany, the slew of peace treaties redrew the map of Europe, carving up vanquished empires and creating as many future conflicts as new countries and borders from the Baltic States to Turkey, via Czechoslovakia and Yugoslavia.

- Famine, terror and the Cold War -

Just as important, the war served as an incubator for the 1917 Russian Revolution.

Against a backdrop of desperate food shortages, military failure left the Tsarist state crippled and vulnerable to an assault by Lenin's Bolsheviks, who then established the Soviet Union as an authoritarian Communist state.

Disastrous agricultural policies resulted in more than three million people dying in the famine of the early 1930s, millions more under the Great Terror unleashed by Lenin's successor, Joseph Stalin.

By the mid-1930s, conditions were in place for the post-World War II division of Europe.

That in turn produced the Cold War and its associated splitting of the rest of the planet into Western or Soviet spheres of influence, and an unstable global equilibrium that helped fuel countless conflicts across the developing world.

While the political prestige of the main victors Britain and France was at a height in 1919, it did not hide the blossoming on the international stage of the United States, which would become the main economic, military and political power in the Western camp in the following decades.

World War I also left a lasting mark on the Middle East. By encouraging an Arab revolt, Britain helped precipitate the collapse of the Germany-allied Ottoman empire.

A secular Turkey emerged and Britain and France assumed post-war control of much of the Arab world.

By then Britain had also made clear, through the 1917 Balfour Declaration, its support for the principle of a Jewish state on land it had pledged to the Arabs.

Finally, the Ottoman empire's collapse also resulted in the killing of up to 1.5 million Armenians in what they steadfastly argue was a full-blown genocide.

Events in Russia cast a long shadow over the rest of Europe, generating a fear of upheaval that helped accelerate reforms while also inspiring other revolutionaries, including the nascent fascist movement that was soon to seize power in Italy.

Worker uprisings in Germany and Hungary immediately after the war were crushed or collapsed internally.

But waves of militancy in other countries -- in the Fiat factories of Turin, Italy or the shipyards of Scotland's Red Clydeside -- delivered major advances in terms of working conditions and the rights of trade unions to represent their members.

AFP/File / -Demonstration for votes for women in Paris in 1934

More broadly the aftermath of World War I was a period of rapid social progress in much of the industrialised world. This was most notable in terms of women's right to vote, which, in the popular memory, is often seen as having been "earned" through female participation in war-related activities.

Less obvious positive legacies of a war which left millions maimed or traumatised were greater social acceptance of the disabled and the destigmatisation of mental illness.

The war also spurred new waves of creativity in the arts.

Poetry was revived as an art form across the world; Dadaism, the avant-garde art movement, was born and led in turn to Surrealism.

Jazz, brought to Europe by American soldiers, became the soundtrack for the escapism and innovation of the "roaring '20s".