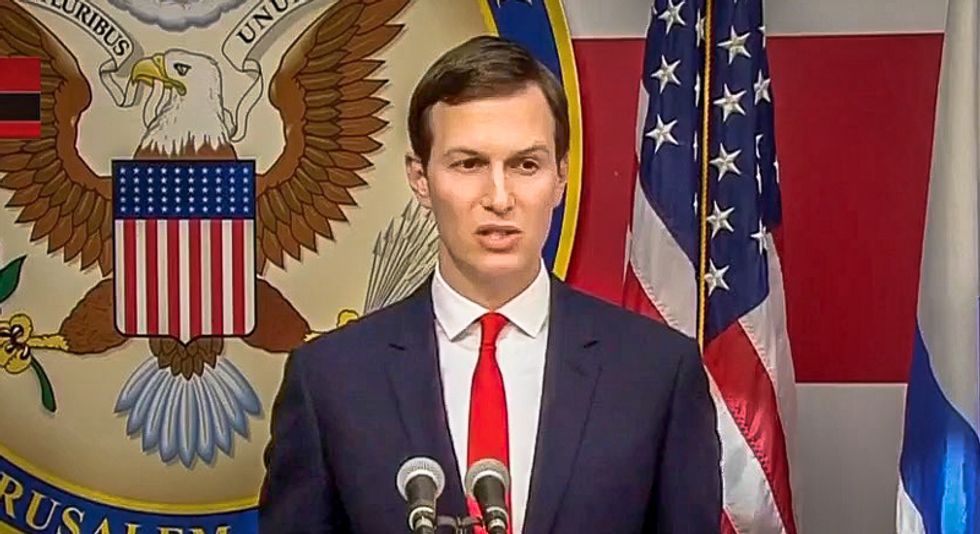 White House adviser Jared Kushner said on Monday he had urged Saudi Arabia’s crown prince to be transparent about the killing of Jamal Khashoggi, and told him “the world is watching” Riyadh’s account of the journalist’s disappearance.

Khashoggi, a Washington Post columnist and critic of Crown Prince Mohammed bin Salman, the kingdom’s de facto ruler, disappeared three weeks ago after he entered the Saudi consulate in Istanbul to obtain documents for his upcoming marriage.

Riyadh initially denied knowledge of his fate before saying he was killed in a fight in the consulate, a reaction greeted skeptically by several Western governments, straining relations with the world’s biggest oil exporter.

But as incredulity deepened over Saudi Arabia’s account, comments from President Donald Trump have varied. He has appeared at times to downplay Riyadh’s role in the incident, but also warned of potential economic sanctions. He has repeatedly highlighted the kingdom’s importance as an ally.

Kushner, Trump’s son-in-law and senior adviser, has cultivated a personal relationship with Prince Mohammed and urged Trump to act with caution to avoid upsetting a critical strategic and economic relationship, a senior administration official said.

On Monday, Kushner said he had told the crown prince: “Just to be transparent, to be fully transparent. The world is watching. This is a very, very serious accusation and a very serious situation.”

He said the United States was in a “fact-finding phase” on the case and had its “eyes wide open”. He did not say when or by what means he had communicated with Prince Mohammed.

Khashoggi went missing on Oct. 2 when he entered the consulate in Istanbul. After weeks of denying knowledge of his fate, Saudi officials said the journalist was killed in a “fist fight”.

On Sunday, Saudi Arabia’s Foreign Minister, Adel al-Jubeir, said Khashoggi had died in a rogue operation. But some of his comments appeared to contradict previous statements from Riyadh, marking yet another shift in the official story.

Several countries, including Germany, Britain, France and Turkey, have pressed Riyadh to provide all the facts, and Chancellor Angela Merkel said Berlin would not export arms to Saudi Arabia while uncertainty over Khashoggi’s fate persisted.

Additional reporting by Susan Heavey in Washington; Tuvan Gumrukcu in Ankara and Daren Butler in Istanbul; Editing by William Maclean and Robin Pomeroy