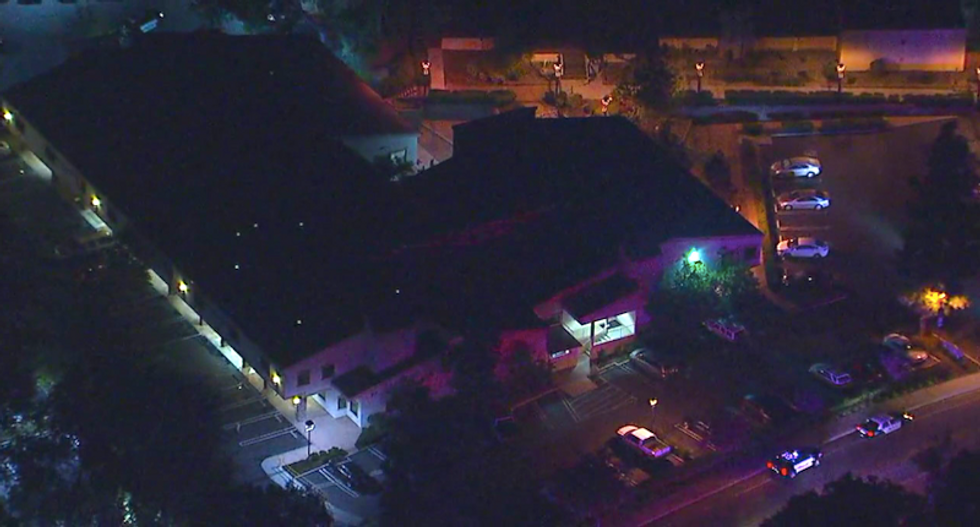 At least a dozen people, including a sheriff's deputy, were killed late Wednesday night in a mass shooting at a California bar and grill.

The gunshots were reported around 11:20 p.m. at the Borderline Bar & Grill in Thousand Oaks, which is about 40 miles west of Los Angeles.

"I can't tell you much about the shooter at this point. We are still looking for the shooter. We can't confirm the shooter is in custody at this point," said Ventura County Sheriff's Office Capt. Garo Kuredjian during a news conference.

Shots were still being fired when deputies arrived at the site. The first deputy to arrive on the scene was shot, and the sheriff confirmed the sergeant later died from those wounds.

He was identified as Sgt. Ron Helus, a 29-year veteran and father of one who was set to retire next year.

At least 10 other people were injured.

Borderline is a western-style bar and grill that regularly hosts a college night between 9 p.m. and 2 a.m. and is located not far from California Lutheran University.

"It was chaos, people jumping out of windows, hopping over gates and just trying to get out," said student Nick Steinwender. "From what I heard, the gunman started shooting at the front desk ... Students were hiding in the attics, bathrooms and stuff like that."

Steinwender was in the bar with friends when the shooting began, he told KABC.

It's been less than two weeks since 11 people were murdered at a Pittsburgh synagogue during a mass shooting.