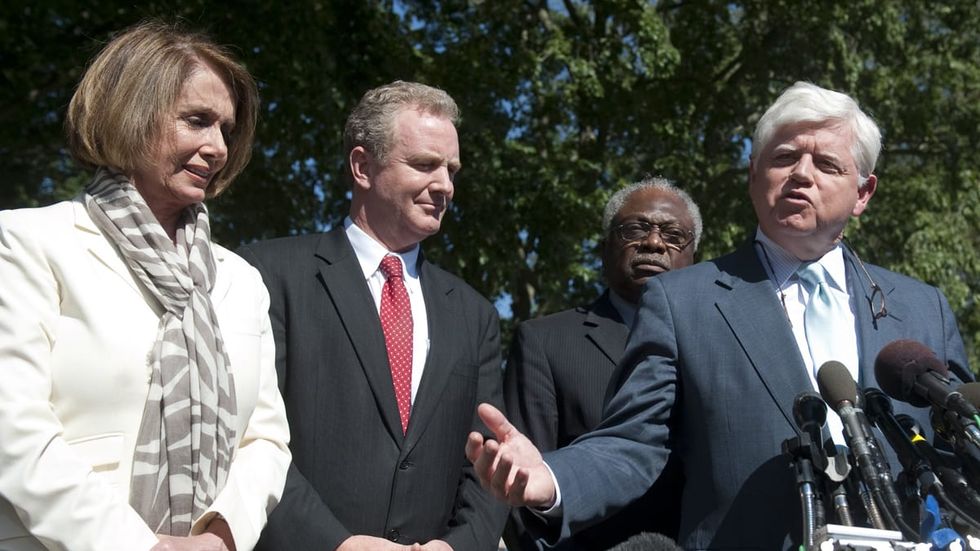 Some Democrats have already taken to cable news to say that they'll be pushing hearings and investigations of President Donald Trump, White House officials as well as Justice Brett Kavanaugh. However, if Democrats are smart they'll follow these five suggestions for how to move forward.

1. Work on legislation with the White House:

There are few pieces of legislation that Democrats agree with the president, but the need to repair roads, bridges and water treatment and filtration is one of them. Crumbling roads are a major concern in rural areas of the United States. Four of the ten worst roads and bridges in the United States are in states Trump won in the 2016 election.

Flint, Michigan isn't the only state to have water issues. A selection of Chicago houses were found to have brain-damaging levels of lead in drinking water. Urban areas aren't the only victims either, 30 out of 99 Oklahoma counties have lead in the water. Lead levels were found to be too high in 38 Indiana counties while Vice President Mike Pence was governor.

I know what you're thinking. Democrats are frustrated with the absence of justice. They're disappointed with the lack of progress on critical issues facing the country. They're angry with the hypocrisy. Everyone wants those who should be held accountable called onto the carpet. They should pause and find ways to be more strategic.

First, Democrats could take the podium at a press conference and gush about the president's demand for better roads and bridges. They could praise his desire for a middle-class tax cut for working families. They could become the president's best friend and speak openly about working together, stopping the incivility in politics, doing the right thing for Americans.

They could even take it a step further and create a chief civility member that tries to bring people together for joint events to promote their states. Newly elected officials could be assigned a Republican to befriend and build a relationship with. Invite to lunch, talk about family and build a solid relationship with. They could not only take the high road, Democrats could pull the Republicans along with them, kicking and screaming.

Inevitably, the president will turn, because he always does. Inevitably, the GOP will turn hostile, but there will be weeks of press conferences, tweets, videos, cable news interviews with Democrats talking about fixing things and building relationships. An investment like this would innoculate Democrats from any claim the GOP could make for the next two years.

3. Become the most connected officials of all time:

Transparency is something Republicans began to withdraw in the last several years. Suddenly, Republicans stopped doing local town hall meetings with their districts and started ignoring their voters. Democrats have an opportunity to create the most transparent process in history. Given so many younger members were elected, implementing Twitter and Facebook to achieve it should be easy.

Members could hold digital check-ins with the district on Facebook. If a member does a 10 minute Facebook Live video about a vote they're about to take or about a bill they're looking over, they're creating a relationship and appearing accountable. They could easily do weekly Q&A's on Facebook and highlight letters they receive. These are easy things any communications staffer or intern could accomplish with very little effort and maximum results.

4. The election must begin now:

I remember when Democrats swept into Congress in 2006 and I remember when we lost those seats in 2010. There are about to be 20 Republican Senate seats up for reelection in 2020. That clock starts now, and I'm not the only one noting Democrats should suit up sooner rather than later.

Less than 15 years ago, politicians didn't have to launch their election campaigns until Labor Day the year before. In the old days, officials wouldn't even begin the campaign until 4 months before the election. While I'm personally opposed to the endless campaign cycle, Democrats should start now with Senate candidates running. They need to do more than just sit on the phone and dial for dollars and begin outreach now.

For Congress, there were several seats where Democrats barely lost. The Kansas Second District has a history of flipping back and forth between red and blue. Paul Davis came within 5,000 votes of victory. He's not the only district where this is true. In 2006 we had a number of re-run candidates who ran in 2004 and they were successful. If those campaigns begin today, Democrats could continue building on the success of 2018, fight to protect newly elected candidates and suit up to win seats they came within an inch of winning before.

If we learned anything from 2004, people with an ideological bent can be motivated by culture war issues on the ballot. It doesn't have to be about gay marriage and abortion. Pot legalization brought out more people in an Oklahoma primary election than voted in the 2016 general election. What other states can it be on the ballot where it makes sense?

What about education ballot initiatives. After teachers picketed at capitals all over the country, why can't there be state-wide pro-education ballot measures that mobilize education advocates and suburban voters?

The options for Democrats are endless, but if they want to be strategic, protect these new members and expand their wins into 2020, taking some of these steps are a great way to begin.