Anti-Semitic acts up 69 percent in France this year: PM 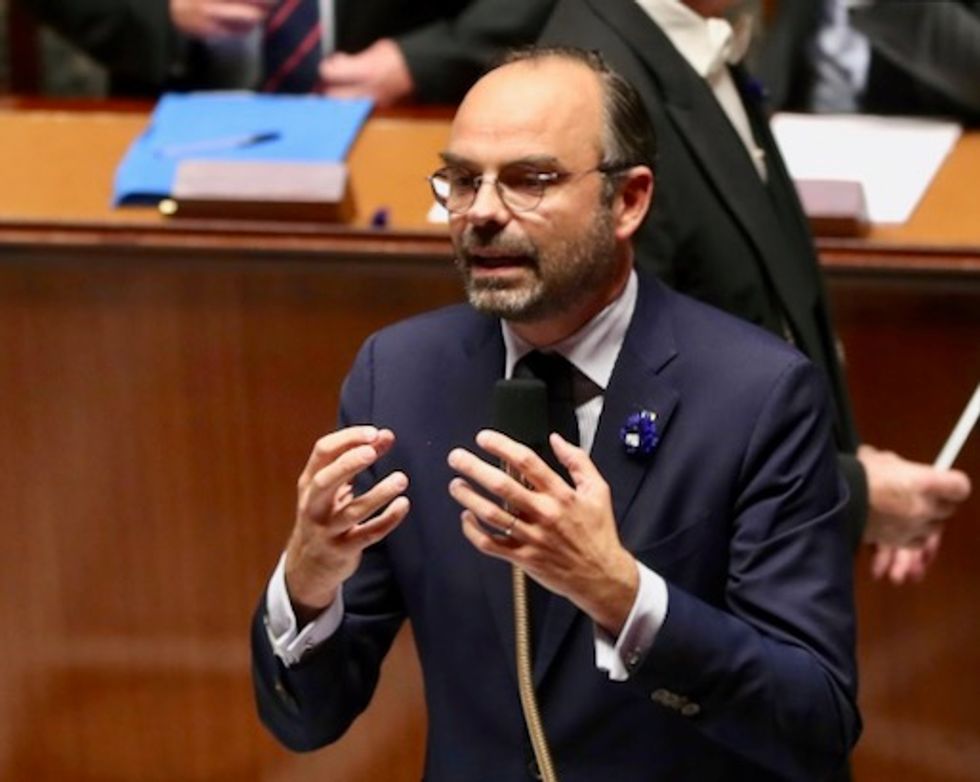 French Prime Minister Edouard Philippe: "Every aggression perpetrated against one of our citizens because he is Jewish echoes like the breaking of new crystal" AFP/File / JACQUES DEMARTHON

Anti-Semitic acts in France rose by 69 percent in the first nine months of 2018, Prime Minister Edouard Philippe said on Friday, the 80th anniversary of the infamous "Kristallnacht" of Nazi attacks against Jews.

"Every aggression perpetrated against one of our citizens because they are Jewish echoes like the breaking of new crystal," Philippe wrote on Facebook, referring to the start of the Nazi drive to wipe out Jews on November 9, 1938, also known as the Night of Broken Glass.

"Why recall, in 2018, such a painful memory? Because we are very far from being finished with anti-Semitism," he said, calling the number of acts "relentless".

After a record year in 2015, anti-Semitic acts fell by 58 percent in 2016 and went down a further seven percent last year, however there was an increase in violent acts targeting Jews.

In his Facebook post, Philippe quoted Holocaust survivor and Nobel laureate Elie Wiesel as saying that "the real danger, my son, is indifference", pledging that the French government would not be indifferent.

The government plans to toughen rules on hate speech online next year, pressuring social media giants to do more to remove racist and anti-Semitic content.

Philippe said it would also "experiment with a network of investigators and magistrates specially trained in the fight against acts of hate", which could be extended nation-wide.

He added that from mid-November a national team would be mobilised to intervene in schools to support teachers facing anti-Semitism.