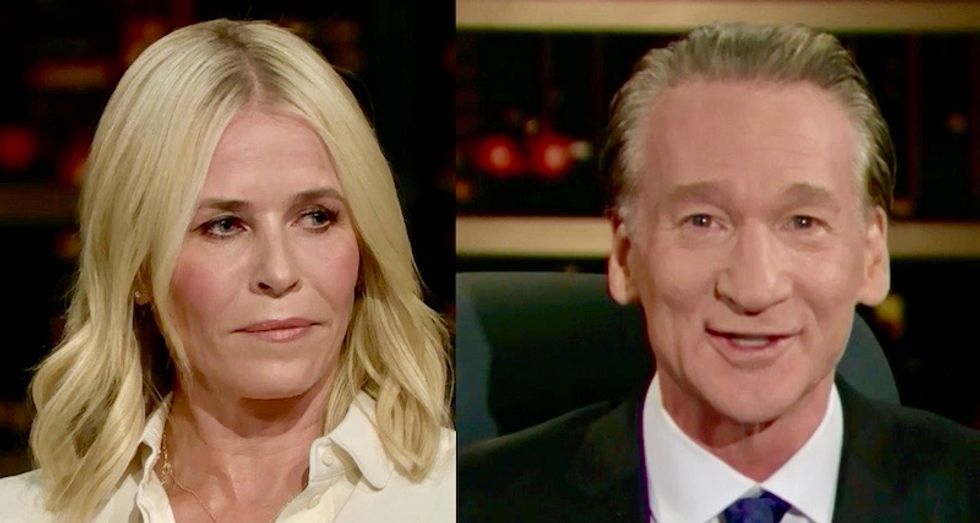 President Donald Trump's strategy for the midterm elections is to raise fears about a group of several thousand Central American migrants walking toward the united States to seek asylum.

The so-called "caravan" is still thousands of miles away, but Trump has dispatched the army to the border with orders to shoot anyone who throws a rock at them.

Trump has also made outrageous claims about the people participating in the walk, claiming that there are dangerous hardened criminals among the desperately poor people walking thousands of miles.

On Friday, HBO's Bill Maher discussed the migrants with a panel that included comedian Chelsea Handler. Together, they hilariously mocked Trump's lies.

Fox News personalities are picking up on the chance to invent threats in the caravan, Maher said.

"Jeanine Pirro said today, there are pedophiles, career criminals and wife beaters," Maher said. "Who isn't in this caravan?"

Maher then shared an "internal strategy memo" of other people Trump will be claiming are in the caravan.