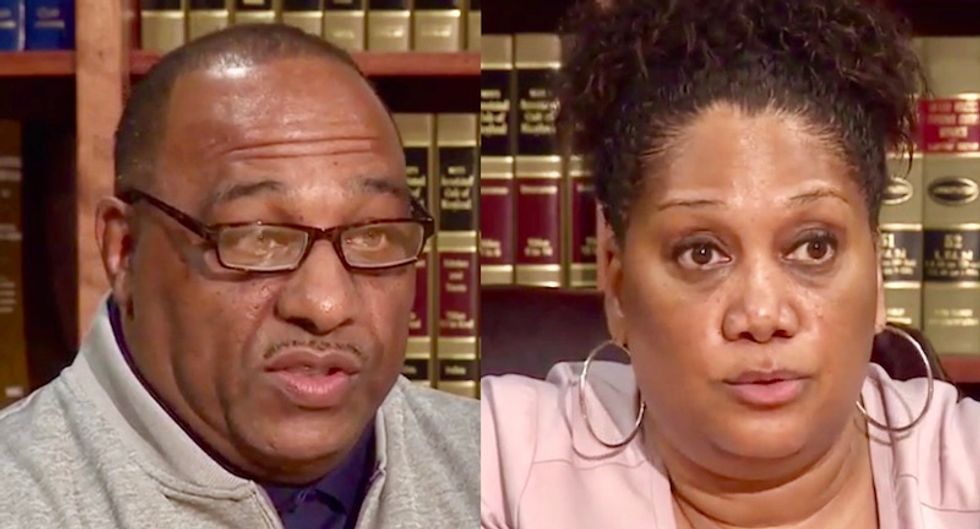 A black Maryland couple who was stopped by police investigating a robbery while shopping for a refrigerator is suing the store that falsely reported them, reports WBAL.

The couple, Barbara and Bahri Wallace, was shopping for a refrigerator at Costco in Anne Arundel County, a store where they shopped two to three times a week and even bought their car.

The police pulled them over after they left the store.

"I said, 'What did I do?' He said, 'A manager at Costco said you guys were shoplifting.' I said, 'Shoplifting?' At that point, I asked him did he want to search my truck? I said, 'We didn't shoplift anything,'" Bahri Wallace said.

After police determined the couple was not robbing Costco they went back into the store to confront the manager.

"(The) manager came up. I said, 'Did you call the police on us saying we were shoplifting?' His response was, 'You fit the bill.' I said, 'Fit the bill?' And he said, 'African-American male and female, and your wife is carrying a blue purse,'" Wallace said.

Costco claims that they thought the couple was part of a theft ring because Barbara Wallace has a blue purse and that it's not their manager's fault the police stopped them based on his false report.

The police say that Costco's statement about the facts of the case is inaccurate and that the report was false.