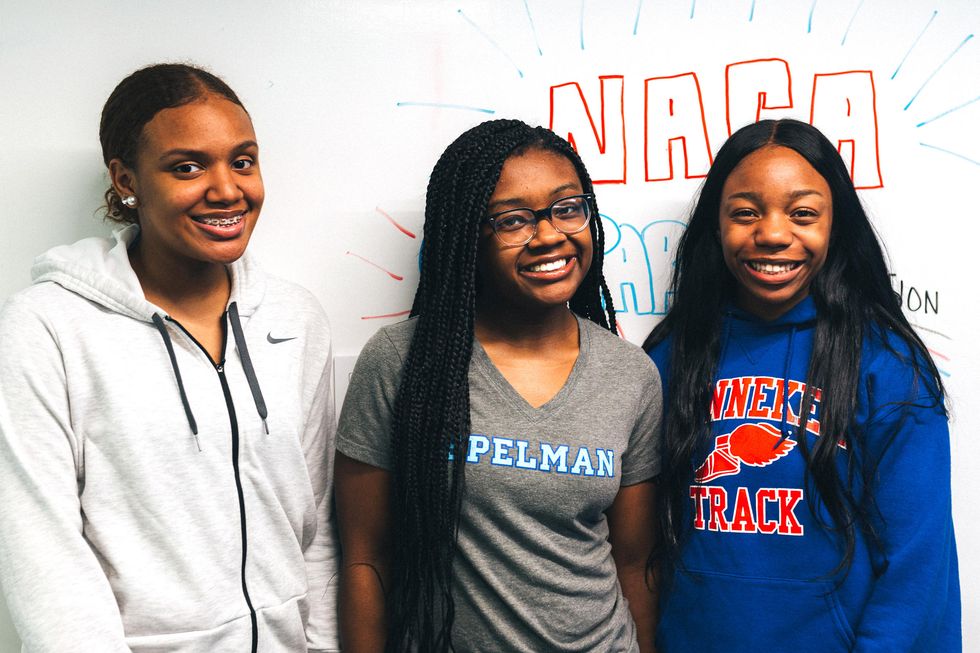 A trio of black girl scientists were targeted by racist internet trolls earlier in 2018 after competing for a prestigious NASA award -- a campaign that achieved the opposite of its intended effect when they met with the Education Secretary and the head of Microsoft.

The Washington Post reported that the story of Mikayla Sharrieff, India Skinner and Bria Snell "tread an all-too-familiar path in our epoch: from inspiring to dismaying and back to inspiring."

After becoming finalists in NASA's coveted high school science project, the girls from D.C.'s Benjamin Banneker Academic High School started a social media campaign to get the votes they needed to win the competition.

Seizing on the online platforms, racists from the 4chan message board who thought the girls were only getting attention and votes because they're black worked to sabotage them, hacking the vote totals and campaigning to get other people not to vote for them.

NASA closed the public voting portion due to the hacks, but Sharrieff, Skinner and Snell -- whose invention filtered lead out of water -- began garnering headlines.

As the Post noted, the now-high school seniors "had a whirlwind of a summer."

"Google sent them to Flint, Mich., to distribute clean water," the report noted. "They traveled to Seattle to participate in a computer programming event, and to NASA’s Goddard Space Flight Center in Greenbelt, Md. They received fan mail from Girl Scouts. They met black female scientists who offered career advice. Colleges called, swaying them to apply to their campuses. And Lester Holt featured them on 'NBC Nightly News.'"

The young scientists now say they're undeterred by the racism they experienced.

“Looking back at it, in a way, I’m glad I experienced it at such a young age because I’ll know how to handle it when I encounter it again,” Sharrieff told the Post. “I know I’ll hit more bumps in the road and, after experiencing this, I can speak up.”

Read their entire inspiring story via the Washington Post.