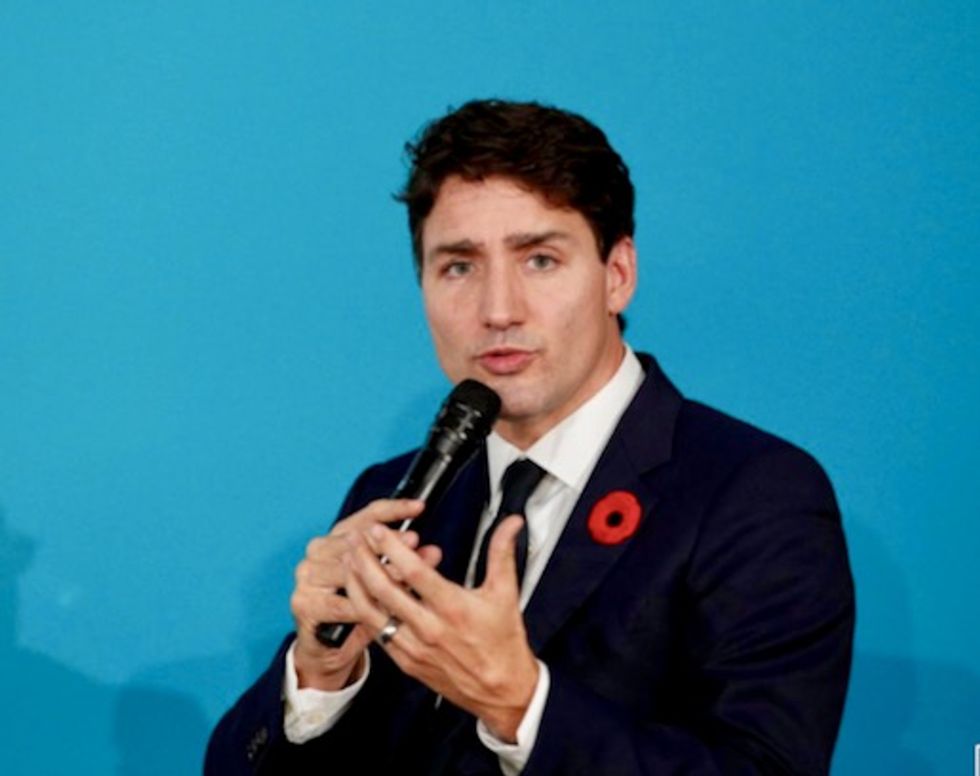 Canadian Prime Minister Justin Trudeau delivers a speech at the Paris Peace Forum after the commemoration ceremony for Armistice Day, 100 years after the end of the First World War, in Paris, France November 11, 2018. Yoan Valat/Pool via REUTERS

Canadian Prime Minister Justin Trudeau said on Monday he had discussed U.S. steel and aluminum tariffs with President Donald Trump over the weekend and that he hoped to reach a resolution on the matter by the G20 summit in Argentina.

“I absolutely brought up the issue of steel and aluminum tariffs,” Trudeau told a news conference in Paris on Monday.

Trump and Trudeau spoke to one another on the sidelines of the Paris Peace Forum.

The leaders’ summit takes place on Nov 30 and Dec 1.